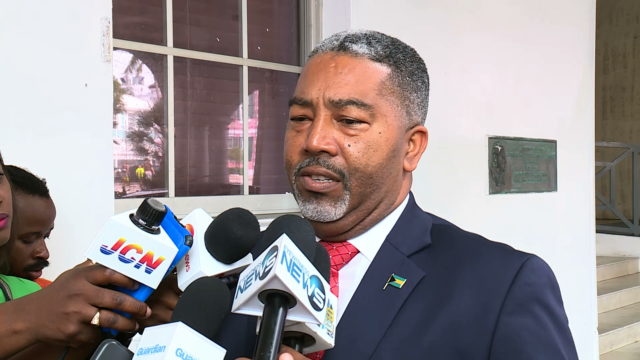 The transportation ministry will soon launch its pilot program for a unified busing system in New Providence, according to transport minister Frankie Campbell.

Campbell told media outside of Cabinet Tuesday morning that his ministry is in the process of acquiring new buses to execute the initiative.

The idea, introduced under the Progressive Liberal Party (PLP) administration, seeks to collect data while assessing the feasibility of a unified busing system.

“This was an idea formed under the portfolio of my predecessor Glenys Hanna-Martin. Government is continual, so no matter which party is in power, we are tasked with pushing forward agendas which benefit the people of The Bahamas,” noted Campbell.

“So, my ministry is moving forward to the final steps to launch the pilot program for the unified busing system.”

Once launched, the pilot program will run for a period of six months.

In the end, government will review its success and work toward implementing the unified busing system thereafter.

“The question of a unified busing system has been around for a very long time, it’s not a new subject and nor is it a contentious one. The fact of the matter is that the Bahamian public, particularly those in New Providence, deserve a system that is reliable,”

“So, like any other government, our job is to do the best we can for the most people that we can affect. The most persons in this instance are not the bus drivers or the bus owners; the majority are those who use the bus system.”