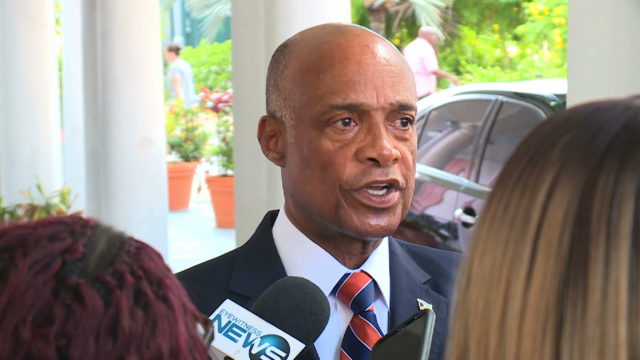 NASSAU, BAHAMAS – As the Bahamas Union of Teachers (BUT) has threatened to strike on more than one occasion if the proposed terms of their latest industrial agreement are not met, the government has finally prepared a counter proposal which was submitted to the union on Tuesday, Minister of Education Jeffrey Lloyd revealed yesterday.

Last week, BUT president Belinda Wilson told reporters that her union was giving the government seven days to come to the table with some form of communication regarding their proposed industrial agreement, which was filed in June 2018.

Yesterday, Lloyd told reporters before heading to the weekly Cabinet meeting that despite popular belief, both parties have been communicating.

Lloyd also revealed that the government has appointed a labour negotiator to negotiate on their behalf.

“The government has appointed a particular labour negotiator who is also a part of the team and those persons are going to be gathering with the BUT to formulate a way forward by way of industrial agreement,” he said.

While not being able to give a timeline on when we can expect these negotiations to be completed, the education minister said that they can begin as early as this week.

“Well I can’t speak about the conclusion of negotiations but they will commence within days,” Lloyd said. “We are pretty much prepped and ready to go in terms of both sides, our team and the union.”

The education minister said that he is satisfied with the counterproposal prepared by his team and is confident that the union will feel the same way.

“We are obviously on the same page,” Lloyd claimed. “We want what is best for The Bahamas by way of its education system and standards. The union is committed to that and so are we. Naturally, it’s going to be a robust and lively conversation.

“Let’s note again that it is important to have these kinds of quality relationships so that these discussions aren’t acrimonious and bitter and filled with tension.

“I think it will be very fruitful and beneficial,” Lloyd said about the upcoming negotiations.

“And at the end of the day, it’s going to be what’s best for the Commonwealth of The Bahamas and our people.”