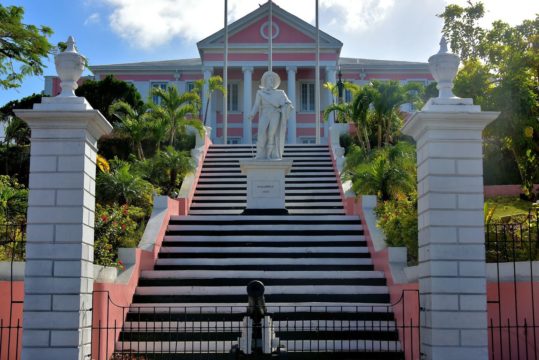 NASSAU, BAHAMAS — The committee tasked with developing new policies and security measures for all government buildings following the shooting death of Royal Bahamas Defense Force (RBDF) Officer Philip Perpall has requested an extension to report to the government.

The committee’s two-month deadline has passed.

Speaking to the media outside the Cabinet office Tuesday, Minister of National Security Marvin Dames said while the government granted the extension, the protection of all government entities remains a priority.

When prompted for specific recommendations made to date, Dames remained tight-lipped.

“I think it would not be right for me to do that in light of the fact that we have a team that is still currently at work and so any comment from me along those lines would be very much premature,” the minister said.

“The team that was assembled is very much at work and needed some additional time and we expect that sometime this month we should be in possession of their report.”

The committee was formed approximately a week and a half after the shooting death of Perpall, who was allegedly gunned down by another RBDF officer while on duty at Government House on the morning of April 28.

Jevon Seymour, 35, was charged with the shooting death on May 3.

According to the ministry, the review committee is being tasked with reviewing the incident and ultimately determining whether or not there were any breaches or failures in security at Government House during the morning of the incident.