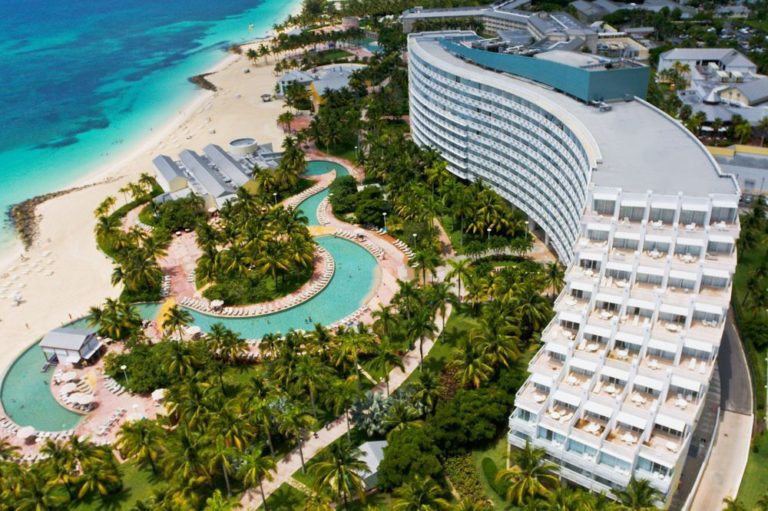 NASSAU, BAHAMAS — The government is “feverishly” assessing the amended timelines provided by the developers of the Grand Lucayan resort on Grand Bahama in order to complete an end-of-year turnover.

Minister of State for Grand Bahama Kwasi Thompson provided an update at a press conference yesterday.

The government purchased the resort for $65 million in August 2018.

In March, the government signed a heads of agreement for the sale of the resort to Royal Caribbean International and Mexico-based ITM Group, which would redevelop the resort and construct a new cruise port.

However, eight months later, the sale has not been closed.

“The Grand Lucayan deal is a hugely important deal and the government is working on this feverishly, but I want to also indicate that some time ago we executed the heads of agreement and we executed the agreement for sale,” Thompson said during a national report on the work of his ministry.

“Unfortunately, Dorian hit. Dorian brought its own challenges with respect to moving ahead with the deal.

“Then came COVID and as you may be aware, the cruise ships are a huge part of the entire Grand Lucayan deal, for the hotel portion of it, as well as for the new cruise port portion of it.”

According to the minister, those proposed amendments will require the government to take a closer look and “that is what is presently being done”.

He said: “As we have indicated, our hope is to complete the full turnover to them by the end of this year but we are still going ahead and continuing those talks with them in terms of assessing their post-COVID plans.”

The developers have committed to moving ahead with the deal, despite the pandemic and halt of the global cruise line business.

The government remains in discussions with cruise line companies as it awaits clearance from the Centers for Disease Control and Prevention for the industry to resume in the country.

As part of the sale, employees were disengaged in order to complete the sale.

At current, some 35 people remain employed at the resort.

“We are again following the process,” Thompson said.

“In order for us to do the turnover of the hotel, it was anticipated, agreed that this would happen, and so we are moving ahead with respect to the full turnover.”