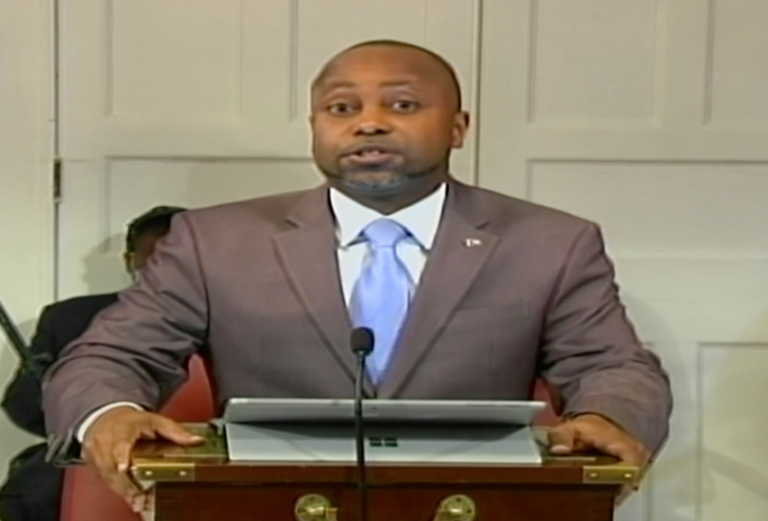 Thompson: All current measures could not be continued

In the aftermath of Hurricane Dorian, Grand Bahama and the Abacos were designated as Special Economic Recovery Zones as a means of providing relief to residents who were significantly impacted by the deadly storm.

Many of those provisions were set to expire on December 31, 2020.

Announcing the extension during the afternoon sitting of Senate, Thompson said the government recognizes that people and businesses are still trying to recover from the storm and are now grappling further with COVID-19.

“Despite the fact that government revenues are down by as much as 50 percent, this administration is ensuring that we still do as much as possible to cushion the economic blow for communities experiencing hardship,” he said.

“The reality of our fiscal situation means that we cannot do or have everything on our wish list.

“However, the government will continue to deliver tax relief in critical areas.”

Thompson advised that the local sale of fuel and importation of household furniture, furnishings and appliances will continue to be tax-free.

Additionally, the government is extending the opportunity to receive a discount on the value-added tax (VAT) payable on the sale of real property for transactions valued up to $500,000.

However, the relief provisions for business license and real property taxes and from VAT and import taxes on consumables, clothing, equipment and other replacement items other than those outlined will be discontinued on December 31 based on the initial deadline.

“Certainly, we appreciate the views expressed by some that all current measures should be continued,” Thompson said.

“That sentiment, however, had to be weighed against the reality of a very challenging fiscal situation brought about by the current economic reality.

“Nonetheless, the government is demonstrating that it is fully committed to supporting the ongoing Hurricane Dorian recovery process that continues within the SERZ. The work is not over, and we plan on leaving no one behind.”