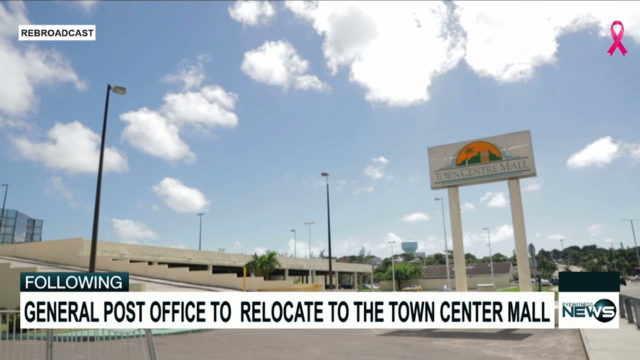 Minister of Transport, Renward Wells, on Wednesday addressed concerns about a possible conflict of interest deriving from the government’s decision to move the general post office to the Town Centre Mall, considering that Minister of Financial Services, Brent Symonette is reportedly a partial owner.

For almost a year now, the General Post Office building located on East Hill Street has been suffering numerous infrastructural woes, ranging from mold infestation to a dysfunctional air condition system. In an effort to ease the situation, the government has cut post office employees work shifts in half to lessen the amount of time spent in the hazardous building until a more permanent plan was implemented.

Wells revealed in the House of Assembly yesterday that the government has made a final decision to move the Post Office to the Town Centre Mall. He told Eyewitness News that there is no issue with this plan. He claimed that under the previous administration, a member of parliament who sought to lease a building to the government was granted permission without any issues. He said that the government is working to be as transparent as possible with the Bahamian people.

Speaking also to the move was former minister of transport, Frankie Campbell. Campbell said that he was initially in charge of finding a new building for the post office. He explained that he found records of a discussion between the previous administration and the landlords of the town centre mall. He did admit, however, that the question did arise during his findings of it being a conflict of interest hence the purchase of the Phil’s food store building.

Wells revealed that the cost to modify the building [Phil’s Food Services] and prepare if for a post office was way more than the government had planned to spend on the project and they were looking for other options.

Wells attempted to table the resolution of this plan in the House yesterday, however he said that because both the leader and the deputy leader of the opposition were not on the island, he was instructed by the prime minister to await their return.

Wells said the move to Town Center Mall is expected to happen before Christmas of this year.