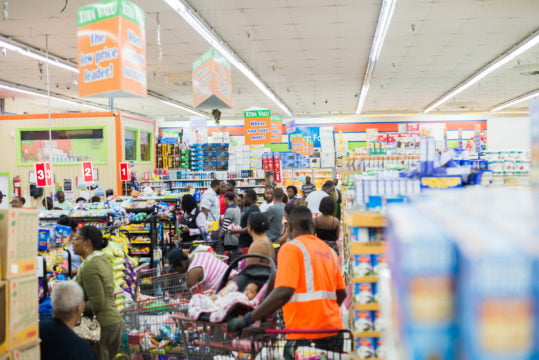 NASSAU, BAHAMAS — The government is being “overly cautious” in its decision to implement strict measures to prevent the spread of the coronavirus (COVID-19) in the country, said National HIV/AIDS and Infectious Disease Programme Dr Nikkiah Forbes yesterday.

The number of confirmed cases still stood at three, as of yesterday.

During the press conference announcing the emergency powers order, officials were asked what influenced the decision to take such measures.

“So what we are concerned about is putting in place best practice measures to keep everybody safe, because in a viral pandemic, things can look fine but they really may not be fine, so we are being overly cautious.”

The Emergency Powers (COVID-19) Order, 2020, include a nightly curfew and shutdown of all non-essential businesses and organizations, public transportation and commercial sailing; and all events, parties or gatherings. It also criminalizes the deliberate creation of fake news.

Underscoring the need for these measures, Forbes pointed to a similar situation in 1900s, when two United States were hit with a Spanish flu pandemic.

While Philadelphia officials allowed a parade of 200,000 people to go ahead amidst the health crisis, St. Louis officials prepared, closing schools, theatres and bars.

“The problem with this is there’s a paradox in pandemics, especially viruses,” Forbes said.

“You can’t see them. Many people will have no symptoms. This thing looks just like the cold and the flu.”

Forbes could not indicate when things in the country could go back to normal, she noted however that it depends on the situation with the disease in the country.

She said officials cannot yet determine whether the virus has spread in a cluster or if there was local transmission – “despite the fact that we tested outside of those stringent guidelines”.

She said if the worst-case scenario is true, the country will see ongoing transmission.

“When we get to March 31, we will have to review and say what do we do now,” Forbes added.

“…Maybe if things are back to the way it should be, we can review. We can only give recommendations to higher level officials on what we think we should do as technical people.”

The infectious disease expert however noted that it’s important to keep in mind that you cannot isolate yourself from infection forever.

“If you can see there are 170 countries and just about 19 Caribbean territories with infection,” she said.

“The infection will eventually come to you and its do what you do when you ser the first sign of infection.”

The government announced the closure of all schools earlier this week.

Forbes said this was also a precautionary measure because the virus would be able to spread that much easier.

“[Children] are going to touch their face, they are going to share toys, put toys in their mouth, and so we had to reduce the ability for children to mix and share toys and saliva and germs,” she explained.

She furthered however that now that children are home, it is also not recommend to arrange play dates or allow them to go on the playground where equipment and toys cannot be sterilised.

Forbes said as long as the children stay within their family unit, even at a park or beach,  that will help to prevent infection and spread.

Always a headline ahead, Bahamas, coronavirus