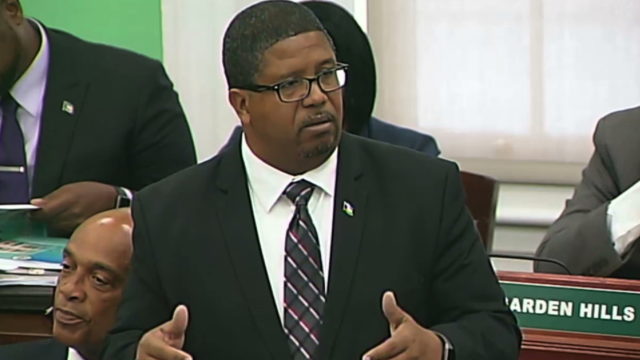 NASSAU, BAHAMAS – The government is committed to completing the forensic audits of government agencies and departments it outlined upon coming to office and will not “hold back any information” from the public, according to Deputy Prime Minister and Minister of Finance Peter Turnquest.

“There are a few that are still in progress. The ones that have been completed have been reported on and laid in Parliament,” Turnquest told Eyewitness News Online.

“That is a commitment that the government and prime minister has made.

“There is no attempt to hold back any information from the Bahamian public because at the end of the day, it is only through the disclosures that we as a government can make the corrections and improvements that are necessary to ensure that we don’t have a repeat of any lapses that may have occurred.

“We continue to work through that process and give the Bahamian people the assurance that as soon as they — those that are in process — are completed they will be acted upon.”

Turnquest said a forensic audit is intended to probe deeper than the auditor general to determine whether “there is more to” evidence of breaches of internal controls and deficiencies.

In January, Turnquest said the government had fulfilled its commitment relating to that exercise and the areas the government considered priorities were audited and made available to the public.

“I think you are aware that a number of the audits have been completed and they have been laid in Parliament,” he said.

“And so, I believe — I am not sure whether there are any further ones that are outstanding at the moment — we have certainly fulfilled our commitments in that regard.

“And of course, as situations arise, we may do other things.”

It later added the Ministry of Finance to that list.

Of that original list, audits into Urban Renewal Grand Bahama and the Ministry of Finance were completed and tabled last October.

The government has also tabled audits into Bahamas Power and Light and the Water and Sewerage Corporation.

However, the government has remained tight-lipped on the status of the remaining audits.

Asked for clarity on when the remaining audits will be completed, Turnquest said, “The ones that we considered priorities have been done and tabled.

While the Minnis administration has tabled four audit reports to date, the cost to conduct two of them remains unknown.

The audit into BAMSI was expected to be tabled before the June budget debate last year.

However, that did not happen.

Ernst & Young (EY), which was engaged under the previous BPL board in April 2017 after alleged fraud was uncovered, completed its audit in August 2017.

The report was tabled in Parliament that November.

EY found, among other things, that the invoice approval and payment process in place allowed for fraud to go undetected for several months.

There were also numerous irregularities in the award of contracts.

The audit into the financial affairs at BPL cost the power company $300,000.

It completed that report last February.

Despite repeated questioning, the government has yet to reveal costing.

An audit of the Urban Renewal program in Grand Bahama was also tabled for the fiscal period July 1, 2015, through June 30, 2017.

But it remains unclear how much FTI Consulting Global was paid to conduct those audits.