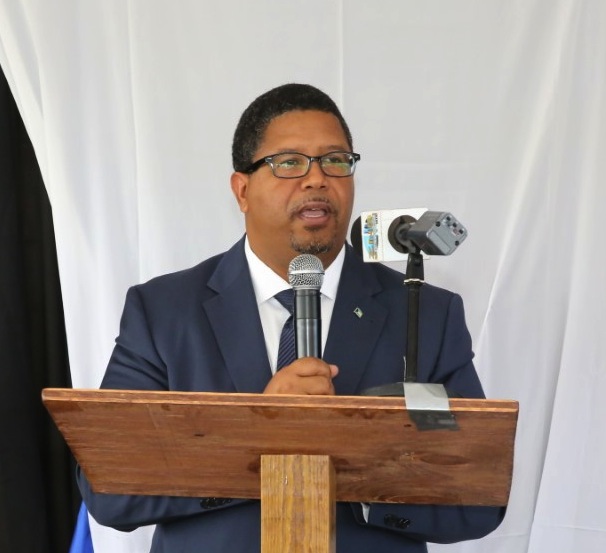 “On the expenditure side, we intend to continue our trend of fiscal constraint,” Turnquest said at the National Conclave of Chambers of Commerce in The Bahamas held at Baha Mar Thursday.

He said in the Budget, 24 of the 53 Heads, excluding interest payments, saw reductions in their budget allocations, and three were given an increase under 1.5 percent.

Turnquest added that for the expenditure allocations, the government focused on the areas of highest priority within its socio-economic transformation agenda: investing in new initiatives to advance inclusive growth, social progress, economic empowerment, environmental sustainability, public sector reform and modernisation.

“We appreciate that we have to get the cost of government down, but that cannot happen overnight, without causing major disruption and possibly pushing the economy into recession,” he explained.

“We have started that process, and our digital government projects will assist greatly in that effort.”

He explained that in the budget, the government allocated $8 million for “Digital Bahamas” to transfer more government services online, to streamline government processes and improve the ease of doing business.

“With monies coming in faster to meet government expenditures we can reduce our reliance on overdrafts and other short-term borrowing facilities,” he said.

Turnquest said the government is also building training programs to help transition the civil service and contract workers of the public register.

“The Central Government’s wage bill is the single largest recurrent expenditure at $793 million,” he noted.

“The government is currently the largest employer in the country, but as we improve the competitiveness of the workforce and reduce the size of government, we hope to change this, and place the responsibility for job creation, innovation and GDP growth where it belongs, on the private sector.”

He explained that the country’s economic driver equation is upside down and it needs to be corrected.

“The government should take its rightful place as a regulator of the economic space, providing the enabling environment for a healthy private sector and as a service provider of last resort, rather than an employer,” he said.

“This too takes time: It requires structural adjustments and it also requires a cultural shift.  I am confident that together we can overcome, fix the wrongs and build a better, stronger and efficient government machinery, but it does take patience, discipline, and sacrifice.”

He said the government’s $2.6 million investment in full-scholarships for BTVI students will advance this effort by raising the skill level while increasing the competitiveness of the Bahamian workforce.

“The Commercial Enterprises Act is already seeing success in driving new foreign direct investment, or FDI, and job creation. The multi-million dollar investment of GIBC Digital in Grand Bahama will have an estimated economic impact of over $10 million in the first year, creating 50 new jobs.”

“Further, GIBC has expressed plans to expand its Bahamian operations to over 150 employees and build a state-of-the-art, sustainable Data and AI centre within three years, bringing an economic impact of $50 million by 2020,” he said.