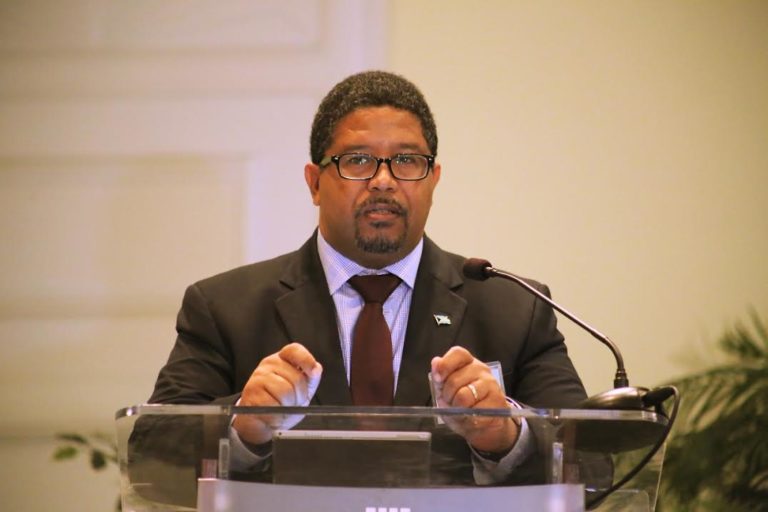 During his keynote address at the Grand Bahama 20th Annual Business Outlook at Grand Lucayan resort on Thursday, Deputy Prime Minister and Minister of Finance, the Hon. Peter Turnquest outlined some of the programs and initiatives the government is taking in order to remain transparent in its fiscal policies.

One of those initiatives is one in which the minister said the government is very proud of, as it relates to public financial management and reform.

“In this regard we are starting with an innovative program for e-tendering for government contracts and services,” he explained.

“We launched a pilot program two months ago, where we have an e-trade portal, where vendors can log on, put in their information and once that information is uploaded in that system, they (vendors) will receive automatic notifications of projects and services that are out for bid. They will be able to submit their tenders or responses electronically and they will be able to track the process on line.

“They will be able to know every stage of the bidding process; they will know when it is closed, how many bidders bid on the work, they will know who received it and they will have a summary explanation as to why the contract was awarded to that person.”

The minister said this program will be accompanied by legislation which will introduce a Tenders Review Board, which will act as a Tribunal, where individuals who may feel that they have been aggrieved or have not been treated fairly, can appeal and be heard.

Taking a look at fiscal policy and transparency in Government the Deputy Prime Minister pointed out that the choices and decisions the government makes in raising revenue, borrowing, allocating resources and its fiscal policy outcomes are at the core of the government’s relationship with the Bahamian people.

Turnquest said that when his Government came into office in May of 2017, they were very forthcoming with the Bahamian people on the state of the country’s fiscal finances and the need for a plan to immediately address the deterioration and re-establish policy credibility.

Turnquest said that the government has initiated a number of projects to aid in their efforts to ensure that reliable, consistent data is provided to the Bahamian people.

This article was written by Andrew Coakley, Bahamas Information Services