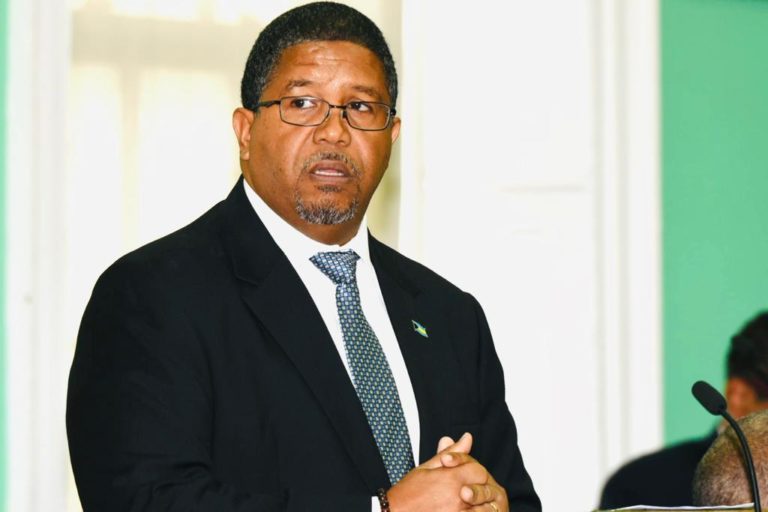 NASSAU, BAHAMAS — Government revenue fell by just over 45 percent in the first quarter of this fiscal year, with the reinstatement of lockdowns and curfews for the entire month of August exerting “significant pressure” on the country’s fiscal position.

The Ministry of Finance released preliminary estimates published in the First Quarter Fiscal Snapshot and Report for fiscal year 2020/21 which began July 1.

Government revenue fell by 45.5 percent or $251.4 million to $300.9 million compared to the same period during the previous fiscal year.

According to the Ministry of Finance, social assistance benefits saw an almost eight-fold increase compared to the previous year.

That represented some $40.7 million for unemployment assistance ($25.1 million) and food assistance and meal vouchers ($13.9 million).

The largest capital outlay in the first quarter was directed to the Access Accelerator Small Business Development Center to support business continuity and other development programs.

“The Government is making sizable outlays to respond to this crisis, and we are doing so in areas that can make the largest impact on the welfare of people: unemployment assistance, social support, and small business assistance,” said K Peter Turnquest, Deputy Prime Minister and Minister of Finance.

“In keeping with the budget plan, we have had to pull back on subsidies to state-owned enterprises, with notable exceptions like our higher transfers to National Health Insurance and the Public Hospitals Authority.”

Turnquest said: “The hampered reopening of the tourism economy and the extended curfews in October will no doubt put further pressure on our fiscal position and may cause some deviations from our budget projections for the second quarter. The safe reopening of our economy remains one of the most urgent priorities, and we must work together to follow public health protocols and adapt our businesses to better contain the spread of the virus.”

The fiscal snapshot revealed that reflective of the adverse impact of COVID-19 on economic activity and travel, tax receipts—which represented 89.5 percent of aggregate revenue–declined by $229.3 million (46.0 percent) to $269.5 million, largely due to a slump in revenue from VAT, import duties and departure taxes.

Non-tax revenue weakened by $22 million at $31.4 million, mainly on account of lower collections of immigration and customs fees.

The report stated: “Collections of taxes on goods and services, which constituted the largest share of tax revenue at 67.0 percent, were sharply lower by 52.2 percent to $180.6 million.

During the quarter, the government continued its COVID-19 related support programs for impacted businesses and families, spending a total of $57.1 million or 45 percent of the budgeted allocation on containment and mitigation costs.

During the first quarter, the government borrowed a total of $921 million as compared to $162.6 million in the same period a year prior.

Of the total, it was noted that $592.3 million was used to cover the overall deficit—being comprised of a US$248.0 million bridge facility from global investors, a US$200 million policy loan from the Inter-American Development Bank (IDB), $140.0 million in short-term advances from the Central Bank and US$4.3 million in drawings under existing external loan agreements.

The government raised US$246 million via another external bridge facility to retire the equivalent legacy facility of the Bahamas Electricity Corporation (BEC), which was previously guaranteed by the government.

A total of $81.5 million in maturing bonds were refinanced through an equivalent issuance of new bonds.

Tell us the 2nd quarter decline, so it can truly be Halloween.