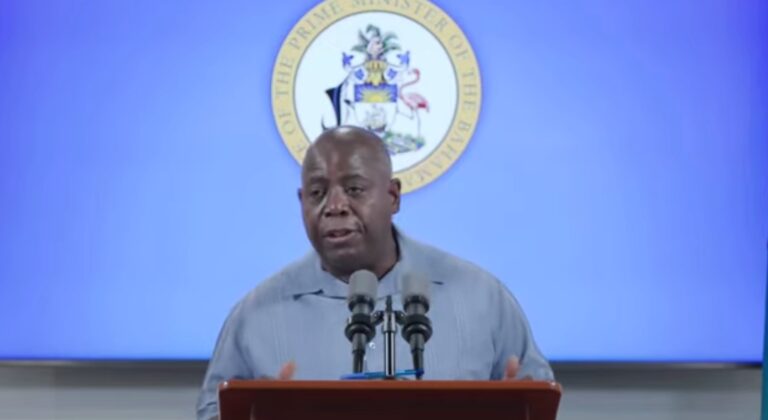 NASSAU, BAHAMAS — Survivors of the boat tragedy that left at least 17 people dead yesterday said they paid between $3,000 and $8,000 to make the journey from The Bahamas to another destination, Immigration Minister Keith Bell said yesterday.

Bell said survivors were interviewed at the Carmichael Road Detention Center where at least 20 of them were taken in the hours after the worst migrant boating tragedy since 2019 when at least 27 Haitians died off Abaco.

His comment came as officials pledged during a press conference to bring down the hammer on those responsible for the suspected human smuggling incident.

Prime Minister Philip Davis said 15 of the dead were women, one was a man and one was a girl toddler.

It is believed that the vessel capsized in rough seas.

Twenty-five people were rescued, including two Bahamian men known to police who are assisting officers with their investigation.

While 42 people have been accounted for, officials suspect between 50 to 60 people were on board the 30ft vessel, which they said left a docking facility at West Bay Street and was likely headed to Miami, Florida.

Three people suffering from near-drowning symptoms were recovering in the hospital up to press time last night with officials expecting them to make full recovery as search and rescue efforts continued.

“I would like to convey the condolences of my government and the people of The Bahamas to the families of those who lost their lives in this tragedy,” Davis said.

“My government, from the time it came into The Bahamas, has continually warned against these treacherous voyages.

“We have increased surveillance on land and sea and intensified patrols.

“We take this opportunity to strongly condemn the organization of smuggling operations which risk human life and compromise our national security.

“Those found to be involved will face prosecution. I understand the situation these migrants face that encourages them to take such great risks. We, however, appeal to those considering making such a voyage not to do so.”

Davis said officials will seek to identify the bodies and determine whether the deceased have relatives in the country who could bury them. He said if they fail to find relatives, the government “would have to make another decision”.

Police Commissioner Clayton Fernander said locating the vessel was difficult in the early hours of Friday morning because of its blue hull. He said the vessel was fully submerged in the water.

“Officers heard a knocking on the hull of the boat. Divers eventually went down and that’s when they recovered the bodies, the 17 bodies. There was one female who was still alive, was up in the air pocket of the hull of that boat so I believe that’s what kept her alive,” he said.

Fernander said officials have collected identification items found on the deceased and will use them to identify the victims.

He said the two Bahamian men in custody are known to police for various offences, though he could not confirm whether human smuggling is among those crimes.

At yesterday’s briefing, Attorney General Ryan Pinder said: “To the extent that (police) investigations reveal criminal culpability there will be no resistance by the government of The Bahamas in bringing the necessary criminal action and criminal enforcement action against those who are deservingly so.”

Pinder added: “Needless to say, based upon the reports from the law enforcement agency and I think the commissioner has indicated, given what appeared to be clear negligence by the operators of the craft, that there will be a series of potential violations and prosecution that can occur.”

Nassau is to small, the Bahamas in general to handle all these Haitians issues. A Haitian man killed my mother and he is freed. I’m not comfortable in my country, I don’t feel safe, these Haitians doing the most crimes, we cannot understand creole. My fellow Bahamian citizens when will you’ll open you’ll eyes. If they can do it to my Mother. Imagine the rest.

They also need to punish the smugglers and the illegal immigrants for illegal landing also.

Yes I agree to many Haitian in our country . Our prime minister is letting his Haitian people in and giving them passport for free. And they think they have more rights then us in our own country. A garbage prime minister he’s the worse .