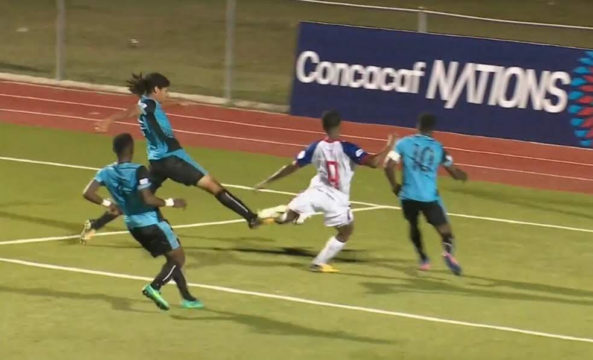 Despite suffering a 4-0 loss to Belize in its first game of the Confederation of North, Central American and Caribbean Association Football (CONCACAF) League of Nations tournament, team Bahamas head coach Dion Godet said that there were a lot of positives that he took away from the inaugural game.

Team Bahamas held Belize scoreless until the 40th minute of play. However, it gave up four goals by the 80th minute. Belize more than tripled the number of shots The Bahamas had at the goal, finishing with 19, compared to just four.

“Although the score was 4-0, we were able to see a lot from our young players. They never quit at any point in the match,” Godet said.

“Not to make any excuses, we lost. Belize played a great game. However, the average age of our team is about 20. In four years, they’ll be about 24 or 25, prime ages to play competitive soccer. That’s what we are working toward. You may have some people say we lost due to inexperience, but if you look at past teams, they still lost with older players. And I don’t think they would have made a difference in this instance.”

Team Bahamas now moves on to play Antigua and Barbuda in their next League of Nations preliminary game. That game is set for October 12 in Nassau. Kickoff is set for 6 p.m.

The Bahamas is currently ranked 32nd out of the 34 teams competing in the League of Nations.