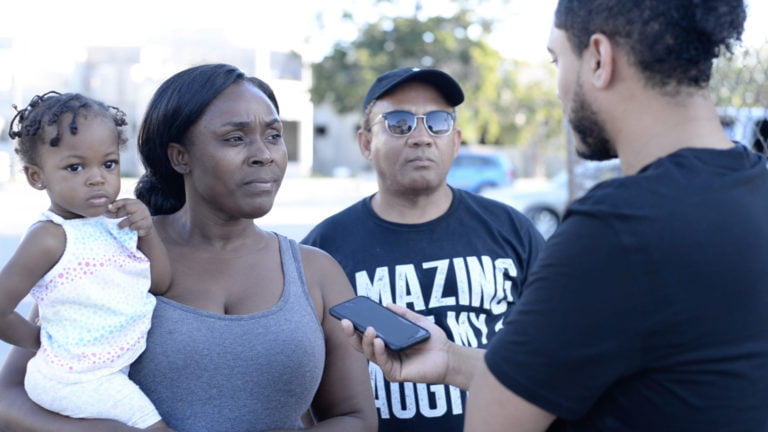 NASSAU, BAHAMAS — Some Dorian survivors residing at the Bahamas Academy Gymnasium shelter say they are relying on God to keep them safe amid growing fears of the spread of the Coronavirus (COVID-19) in The Bahamas.

“I hear people talking about it, but God will save us,” said Rose Sinkgin, 52, who has resided at the shelter for the last six months.

“I keep praying because God is the beginning and the end.

“If God did not leave me dead in Hurricane Dorian, he can deliver me from this.”

Sinkgin claimed she held legal documents to reside in the country, but her home in Marsh Harbour, Abaco, like so many others, was destroyed.

She said her husband, a body mechanic, continues to seek work, but has been largely unsuccessful.

Sinkgin thanked the government for its support, noting that without it she does not know what would become of her and her family.

The first case of the COVID-19 was confirmed in The Bahamas on Sunday.

Declaring the nation’s response to the pandemic the “greatest national priority”, the government advised the public to avoid large crowds and gatherings, and has cancelled key sporting and national events in that effort.

At the shelter on Wulff Road, there are approximately 150 residents.

Many of them congregate for meals and sleep within close proximity to one another.

Children ran around eagerly in the grass around the gymnasium on Tuesday.

Notwithstanding the communal quarters, there was a sense of community as several women gathered in the shade and spoke amongst each other.

A Dominoes delivery vehicle arrived to drop off pizza to several awaiting men.

She did not speak fluent English, but said she has been treated well and the staff have been supportive and encouraging.

Vedette Louis, 39, a housekeeper, said she has been anxious about reports of the virus.

“I hope God wash that away. Only God can do something; nobody else.

“Plenty people say do this and do that. It’s too much. You don’t know what to take [on] exactly.

“We are on our phones and the group sends us stuff (information).”

Louis has been unable to find work, but hopes to rent an apartment in the near future.

She is a mother four children.

Her two older daughters — 17 and 19 respectively — and 15-year-old son have returned to Abaco to assist their father rebuild.

Aendo Woolgi, 54, a resident of Abaco, said he is not worried about the threat of COVID-19.

“That’s God who brought me through [the storm],”

Asked what he plans to do next, he leaned against the wall and paused for a brief period as if processing.

He then responded flatly: “I don’t know. We don’t know where to go.”