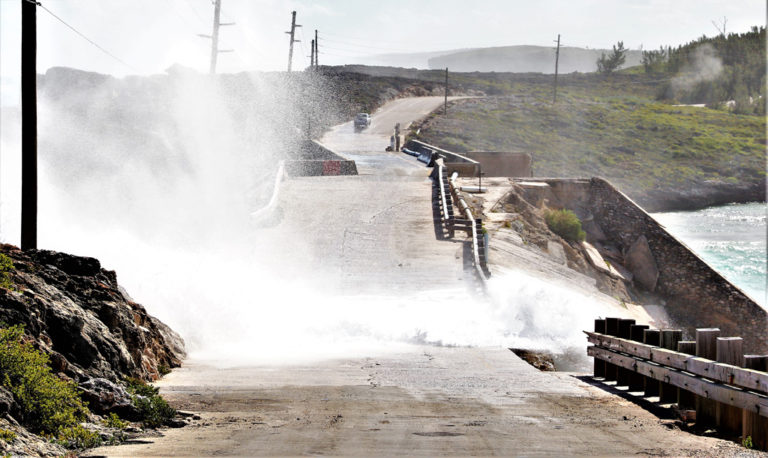 Vehicular traffic, specifically compact to mid-size, has been given the all clear to begin using the Glass Window Bridge in Eleuthera as of 5:00 p.m. today, officials said.

Deputy Director and Chief Engineer in the Ministry of Works Robert Moses said, that after an assessment of the structure, the bridge was found to be structurally sound.

He cautioned however, that there are the roadway along the northern and southern approaches to the bridge are partial damaged. Motorist planning to make use of the Glass Window should drive very cautiously as they approach and cross the bridge, he said.

The Ministry of Tourism also issued a warning to the general public to stay away from the bridge all together.

On Monday, March 5, several people, climbing on rocks near the bridge, were injured. An American visitor was also swept offshore in a treacherous wave. According to police, the young man remains missing.

Tourism officials said  the purpose of the morning flight is to assist foreign visitors who have flights departing from North Eleuthera, but who are residing south of the Glass Window bridge, to make their connections.

The afternoon flight will assist foreign visitors who arrive at the North Eleuthera Airport to access their accommodations south of the bridge.

Travelers who reside or are staying south of Glass Window, namely in settlements such as  Gregory Town and Governor’s Harbour, and who have reservations on Delta, American Airlines, Silver Airways or other carriers operating in North Eleuthera, should allow additional time for travel to and from the airport.

Passengers are also advised to contact their carrier directly to confirm flight details.