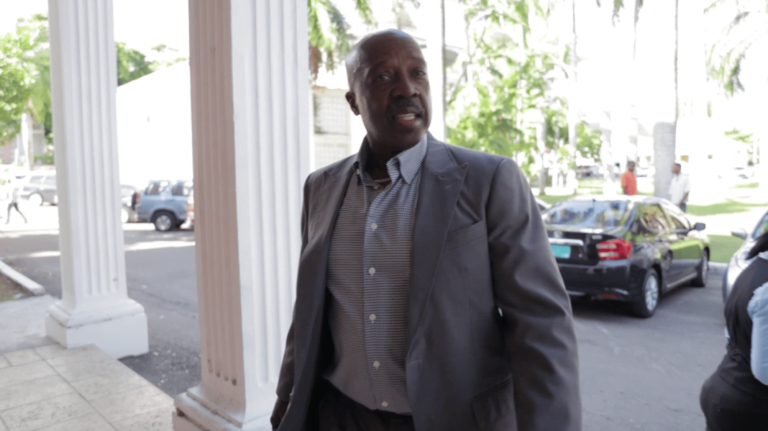 NASSAU, BAHAMAS — The Police Service Commission has advised that it has referred the complaints of former Cabinet minister Shane Gibson against the lead investigator in his bribery trial to the Commissioner of Police.

Earlier this week, Gibson issued an ultimatum for police to rescind the promotion – noting that she received the new position despite his outstanding complaint seeking disciplinary proceedings for her conduct during his prosecution.

In a letter addressed to Gibson on Thursday, chairman of the commission Rev. Dr. Philip Stubbs acknowledged receipt of his letters dated February 7 and May 1.

“Please be advised that the Police Service Commission has referred this matter to the commissioner of Police for the attention of the Police Complaints and Corruption Unit, for immediate action,” it read.

But Gibson told Eyewitness News yesterday that he intended to “take this all the way to the Privy Council”.

Gibson was acquitted last November, and has filed a lawsuit against the Attorney General, the Commissioner of Police, the Director of Public Prosecutions (DPP), Thompson and contractor Jonathan Ash, a key prosecution witness in his trial before Justice Carolita Bethel.

During the trial, then ASP Thompson admitted that she realized she was wrong to take statements from the prosecution’s key witness Jonathan Ash and Gibson’s associate Deborah Bastian in each other’s presence to “iron out” differences in their statements.

Gibson said he planned to file an application for judicial review of the promotion in the Supreme Court, and seek to have it quashed, if it was not rescinded within 14 days.

Really???? With the country going to hell in a hand basket due to the Corona virus, this is what’s important now?