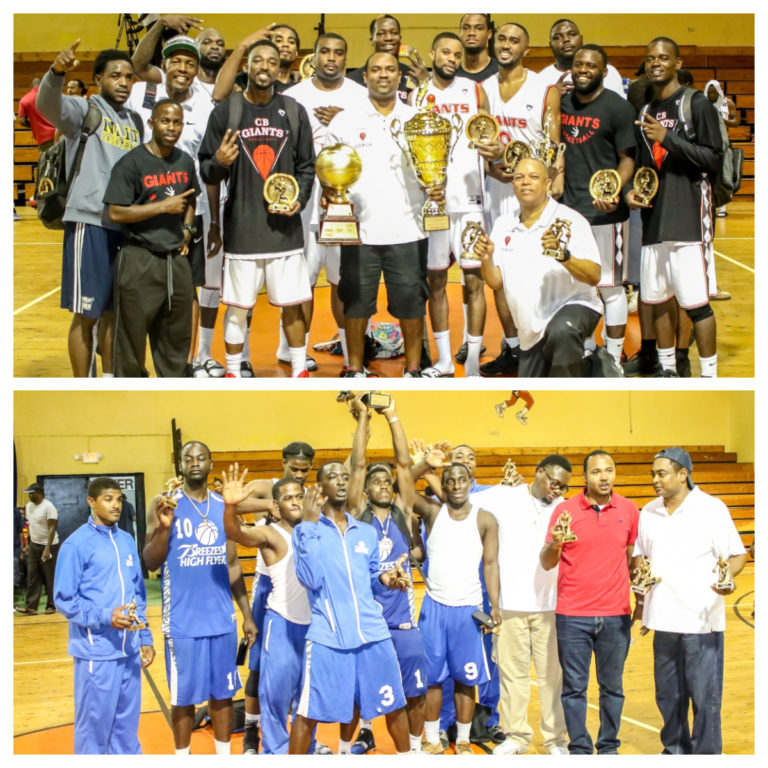 The Bahamas Basketball Federation (BBF) hosted its annual “Buddy Levarity Round Robin” men’s tournament over the weekend at the A.F. Adderley Gymnasium.

Teams from New Providence won titles in both Division I and II. The Breezes High Flyers knocked of the Coca Cola Out Reach Saints, out of Grand Bahama, 80-71 yesterday, while the Commonwealth Bank Giants topped Abaco Elite 100-89 in the marquee match of the night.

In the Division II final, Dave Davis scored 25 points and grabbed 23 rebounds in the win for Breezes. Dario Saunders added 22 points, while Shantoin Pratt chipped in with 11 points, three rebounds and three assists.

Howard Hinzey had 20 points and nine rebounds in the loss for the Saints. Davis was named as the MVP of the finals.

In Division I, D’Shon Taylor scored 41 points on 15-24 shooting to lead the Giants. He also had 10 rebounds and dished out two assists. Jackson Jacob added 25 points off the bench for the Giants. Shavanno Cooper had 25 points and six rebounds in the loss for Abaco. Tevin Hudson also added 21 points and 10 rebounds.