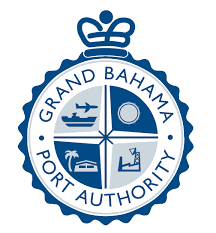 The committee has unveiled its five point ‘Action Plan’ to restore socio-economic growth to Freeport.

“Given impairment over the sixty-plus years and the impact of successive hurricanes over the past decade, that infrastructure has a current value (estimated on a depreciated replacement cost basis) of roughly $10.5 billion.

“Upgrading and enhancing that infrastructure to the quality required to support a modern, cosmopolitan city will require considerably more investment than can be supported with current revenue streams. The time has come for a radically different approach.” the Committee has noted.

“The REEF Committee’s work confirms that as a prerequisite to creating significant, sustainable economic growth in Freeport, immediate and effective measures are required to: significantly enhance ‘ease of doing business’ in Freeport for all businesses, Bahamian or foreign; address over-dependency on tourism by attracting new investment, at scale, especially in the maritime sector (especially homeporting, expanding the shipyard and container transshipment facilities) and encouraging other associated activities related to the ‘blue economy’;  protect Freeport and its people from hurricane damage, including storm surges and the threat of rising sea levels significantly increase the population of Freeport,  and to create a vibrant, cosmopolitan city that has the critical mass of residents, visitors and jobs needed to create healthy, prosperous lifestyles.”

It continued: “Achieving these objectives will also significantly increase Freeport’s contribution to the national treasury. Freeport’s economic transformation will not be achieved with half-measures. We need to leverage the full spectrum of Freeport’s opportunities, including those offered by the Hawksbill Creek Agreement and drawing on lessons learned from the best in the world, to create an investment destination that sophisticated businesses and workers find more attractive than rival destinations, in the region or elsewhere.”

The Committee’s action plan calls on the government to align laws and policies with most competitive standards in rival special economic zones; address non-regulatory impediments to the ease of doing business;  more effectively safeguard Freeport against Hurricane damage, storm surges, and sea-level rise; expand opportunities for Bahamian entrepreneurs to capitalize on Freeport’s growth as well as develop a new, globally appealing brand to attract new investment to Freeport.

The Committee said in a statement: “Members of REEF have been working with the Government to fulfill critical short-term objectives, including completing the handover of Grand Bahama International Airport to The Bahamas Government, finalizing the extension of the real property tax exemption to all GBPA licensees and residents, updating the Freeport bye-laws to enhance the appearance of the city, supporting the work of the Public Health Authority in the Covid-19 pandemic, progressing the new Carnival Cruise Port Project to mobilization, expansion of Freeport Harbour Cruise Facility with Royal Caribbean Cruise International, repairing social infrastructure in the Port Area. The Committee is also collaborating with business owners and entrepreneurs to enhance ‘Ease of Doing Business’ in Freeport.”

It added: “In Phase Two, REEF will continue its collaboration with the Government to advance further goals. Among them are creating jobs through policy and legislative changes, assisting in digitizing administrative and government processes, developing an agency to promote investment in Freeport, creating opportunities for more ‘Made In The Bahamas’ products and services, exploring new opportunities presented by the ‘blue economy’ and expanding existing opportunities in the maritime industry.”