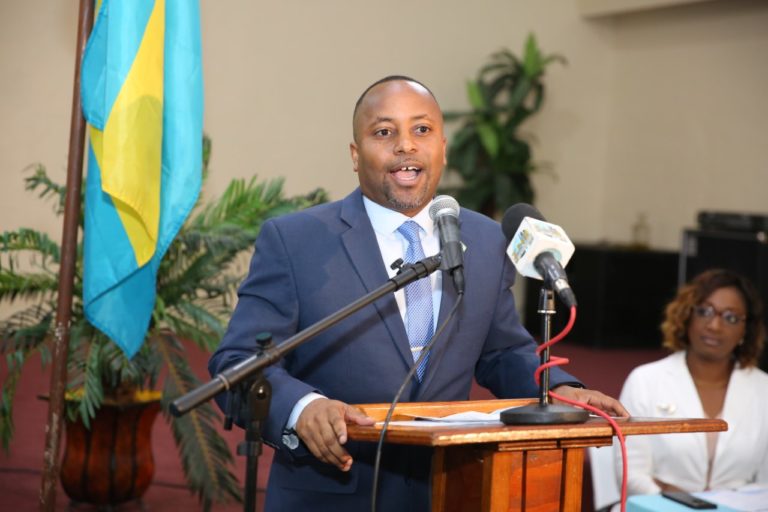 The second installment of the Grand Bahama Tech Summit kicked off in the nation’s second city on Wednesday morning and according to Kwasi Thompson, Minister of State for Grand Bahama, the event attracted a larger number of participants than initially expected.

“We are actually oversubscribed. We had to close off online subscription and at that time it was at 600,’ he said.

“It has been getting a lot of traction. We have been able to attract tech companies like GIBC Digital, who has already hired over 30 Bahamians. There are a number of other companies also who have applied to do business in Grand Bahama and so we are seeing the sector grow so we are encouraged by what we see.”

Thompson said the summit has opened the door for new companies to consider doing business on Grand Bahama.

He said the interest will translate into a number of employment opportunities for Grand Bahamians.

“Government has really been focusing on making Grand Bahama a technology hub and so, this brings the world to Grand Bahama and shines a spotlight on the island. It’s about attracting investors, building job and diversifying our economy; this is exactly what the island needs,” he said.

“Tourism is good and maritime is good; but technology is the future and technology goes throughout all the other industries as well. So, we believe this is the right direction for us.”

The two day-summit has attracted over 100 participants from the United States, confirmed Thompson.

“The prime minister opened with a speech about technology and what it means for the country and what advancements it means for The Bahamas,” shared Thompson.

“The minister of education will talk about tech education and the steps government is taking with respects to make sure our people are prepared and properly trained.

“We also have a number of tech companies coming in and actively participating so there will be workshops on cybersecurity, networking and software and so we know that this will be an all-encompassing summit.”

Thompson said the tech summit paves the way for government’s plan to transform Grand Bahama into a tech hub.