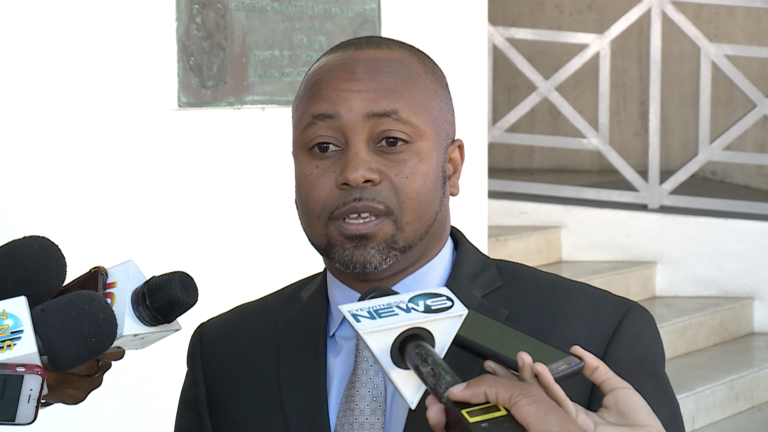 NASSAU, BAHAMAS – Minister of State for Grand Bahama in the Office of the Prime Minister, Senator Kwasi Thompson, on Monday, June 24, stated that while growth has been experienced over the past year, much more is expected.

Minister Thompson was making his contribution to the 2019/2020 Budget Debate in the Senate on Tuesday evening.

There has been an increase in air arrivals in January, February and April of 2019; and for the calendar year of 2018, air and sea arrivals were up by 9.1 percent, he said.

There has also been an increase in exemption totals, since the increased duty allowance to $500 last year.  “Every dollar exempted, is a dollar saved by Bahamians either to buy more goods or to keep in their pockets.”

He also noted that there has been a slight decrease in the unemployment numbers for Grand Bahama. “The latest Labour Force Survey which provides an indication of employment numbers between May 2018 and November 2018.

“Grand Bahama showed a significant decrease in the unemployment rate, from 12.4% to 11.9%.  It is the first time since 2008, the year which we commonly refer to as the modern day Great Recession, that the employment rate decreased below 12%.”

“We are therefore motivated to work even harder. We also recognize that while the numbers show that generally things are getting better, we know things are not getting better for everyone. We all have a lot more work to do until we fulfill Grand Bahama’s true potential.”

Minister Thompson also referenced major tourism developments lined up for the island.   The Proposed ITM/ RCL investment – sale of Grand Lucayan and upgrades to the Grand Bahama Cruise Port. He said, “The signing of a Letter of Intent confirmed the agreement to enter into exclusive negotiations with Royal Caribbean International and the ITM Group for the purchase of the Grand Lucayan Resort and the redevelopment of the Freeport Harbour into a cruise port of choice. These negotiations have been taken place since April.

“Since creating Lucayan Renewal Holdings Ltd., the government has made it a priority to seek out the best purchaser for the 217-acre Grand Lucayan Resort in an effort to breathe new life into the island’s economy and create new employment opportunities for Grand Bahamians.

“What makes this joint venture project between RCI/ITM unique and exciting is it aims to combine the redevelopment of the Freeport Harbour as a cruise port of choice and transform the Grand Lucayan Resort into a theme park, featuring water-based family entertainment, with dining, gaming and entertainment options, and 5-star hotel accommodations.

“Significant demand for both airlift and sealift to the destination is being created including the unleashing of much needed economic opportunities. The redevelopment of the Freeport Harbour is anticipated to include significant increase in cruise ship arrivals bringing an additional approximately 2 million passengers annually with the addition of multiple cruise lines calling on Grand Bahama.”

It is anticipated that some 2,000 jobs are expected to be created in the first phase.

Turning his attention to the much-anticipated Carnival Cruise Port, Minister Thompson noted that this will be built on 329 acres of land and once completed, Grand Bahama will be home to Carnival’s largest cruise port to date, which will be able to accommodate up to six vessels at any given time. “Carnival has created a new website dedicated to the project [that it describes as such]: ‘The Grand Port project will be located at the Sharp Rock site, ensuring convenient movement between the cruise port and the main population center of Grand Bahama, which is just a few minutes away. This will generate considerable commercial activity on-island, further to the obvious impact of additional cruise calls.  The expanded commercial activity will allow the whole island to benefit from this development. The project will be designed and maintained to showcase the natural beauty and culture of the island.   It will reinvent Grand Bahama as a destination.’”

This article was written by Robyn Adderley – Bahamas Information Services.