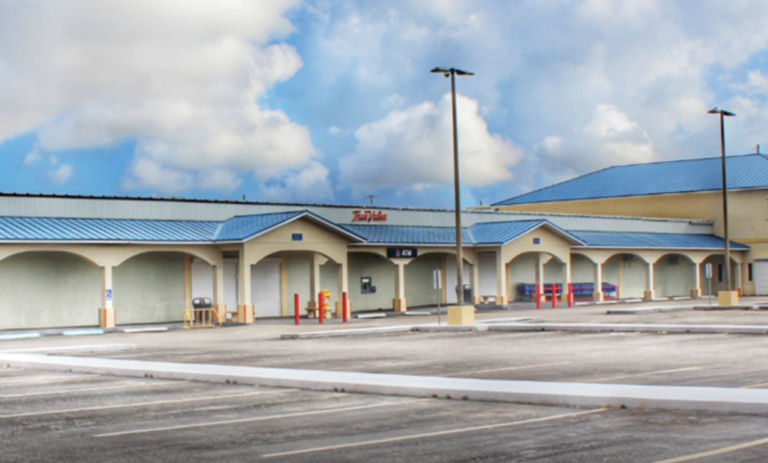 NASSAU, BAHAMAS — A prominent Freeport retailer says that after being “down and out” for a year it is now eyeing a September return, having taken the island’s two week lockdown to continue reconstruction works.

Lynn Lowe, managing director of Kelly’s Freeport Ltd told Eyewitness News that the company has decided not to reopen its building materials department to customers despite exemptions for hardware stores to reopen for the duration of the lockdown to aid storm preparations.

Lowe said the announcement by government was too short a notice and the company had already mobilized construction teams.

The company informed the public via a notice on its Facebook page that due to ‘operational reasons’ its building materials department would not be open.

“No we’re not opening,” Lowe said.

“We were completely destroyed during the hurricane and we took this opportunity of being lockdown for two weeks to continue construction. We’ve committed ourselves into completing our construction in order to reopen and that included trenching across the entire property to lay in new electrical lines. That is not completed and that means no one can drive over it. We can’t accommodate it. That’s the issue,”  she explained.

“There was a consideration to stop construction which would have delayed us even further only to allow a bunch of people in there. We only have building materials available, we don’t have any in store items available. Having hundreds of people coming in there, in a panic, whether they are sick or not we just didn’t want to put our employees in that situation.”

Lowe said: “The overriding decision was the ongoing construction. There’s about five of us suppliers on the island. Government gave us no heads up about this. How at 6pm in the afternoon am I going to be able to mobilize my staff and we’ve all been home for a week. It can’t happen, not for us right now anyway.”

Lowe said the company is getting very close to reopening in full.

“We were looking to open mid-August and now that’s probably going to be more like September honestly. We’ve been down and out for a year.”

The company has kept all of its 107 employees, she noted.

“We’ve not sent any to National Insurance. We’ve figured out a way to keep them all employed.”

Despite the economic uncertainty, Lowe said: “We’re still very optimistic otherwise we wouldn’t be doing all that we are doing. We have had to completely renovate the entire store. This is our 55th year.

“People have really been calling for us to re-open. Grand Bahama is like a roller coaster ride. You have good years and you have bad ones. You just have to roll with the punches. We are fairly positive it’s going to be ok.”