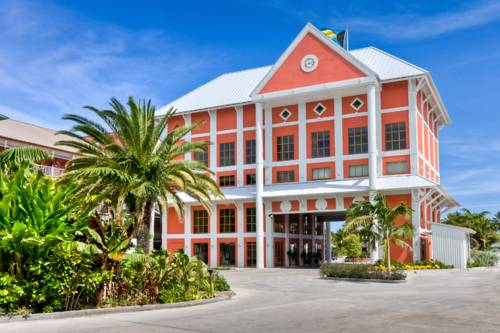 NASSAU, BAHAMAS — Grand Bahama’s overnight hotel tourism segment has gone from “10 miles per hour to a screeching halt” due to the COVID-19 pandemic, according to one industry stakeholder.

“It is obviously an enormous setback,” Alnebeck said.

“Grand Bahama has had virtually no overnight leisure tourism since Hurricane Mathew, more than three years ago. The only exception is the Sunwing/Vacation Express program, that has provided well for Viva Fortuna in particular. So, for overnight hotel tourism, we have gone from 10 miles per hour to a screeching halt.”

Alnebeck noted however that the cruise ship/day tourism segment  has performed well for the companies servicing that sector.

“There we have gone from 80 miles per hour to another total halt,” he continued.

“For Pelican Bay, that is mainly a business hotel, we have done ok the last few years with the activity in mainly Grand Bahama Shipyard, as well as other businesses.

“Pelican Bay remains open, with extremely limited services, providing rooms for our regular corporate accounts, on a strict as needed policy.  We have at the moment about 10 rooms occupied or eight per cent occupancy so we have gone from 50 mph, to 5mph.”

He added: “It is obviously too early to say what the post Corona recovery will be like.  One should remember that the two main projects announced for Grand Bahama relates to Carnival and Royal Caribbean.  At this point, nobody knows what their future will be like.”