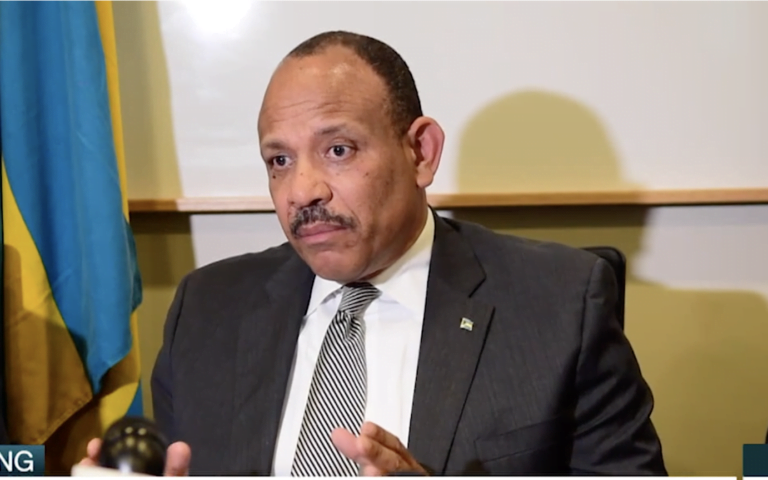 NASSAU, BAHAMAS – The Rand Memorial Hospital on Grand Bahama is expected be ready for move-in by the end of next month, Minister of Health Dr Duane Sands said yesterday.

When Hurricane Dorian barreled its way through Grand Bahama and Abaco in early September, the monstrous Category 5 storm debilitated the government’s ability to deliver health care services in the storm-ravaged areas.

As a result, 75 percent of the square footage of the Rand had to be taken out of commission, due to blackwater intrusion – water mixed with stool or sewage – and subsequent mold overgrowth.

In November, the government signed a Memorandum of Understanding (MOU) with Carnival Corporation for the remediation of the Rand Memorial Hospital, which has been shuttered since the passage of Hurricane Dorian.

“Work continues at an impressive pace at the Rand Memorial Hospital,” Sands said.

He noted that Ministry of Health toured the construction on Thursday alongside Public Hospitals Authority staff.

He noted that the construction showed “considerable progress on the remediation which is expected to be ready for move-in by the end of next month.”

In the aftermath of the storm, several international organizations, including Samaritan’s Purse, sent volunteers to assist with the delivery of health care.

The Rand Memorial Hospital, the High Rock Clinic, health facilities in McClean’s Town and a number of east Grand Bahama facilities were lost during the storm.

In the interim, there were Emergency Medical Teams (EMTs) providing service to a number of areas on the island.

Samaritan’s Purse extended its engagement until March. The hospital is expected to be prepared by its departure.

Sands also noted yesterday that efforts are being made to ease the overcrowding venue experienced at the Princes Margaret Hospital on New Providence.

“The old Operating Theatre is being renovated to create a comfortable 22 bed unit,” Sands said.

“We expect that this newly repurposed space will ease the overcrowding at our nation’s primary healthcare facility.”

There has been an ongoing bed shortage at the facility which has resulted in the suspension of elective surgeries on a number of occasions.