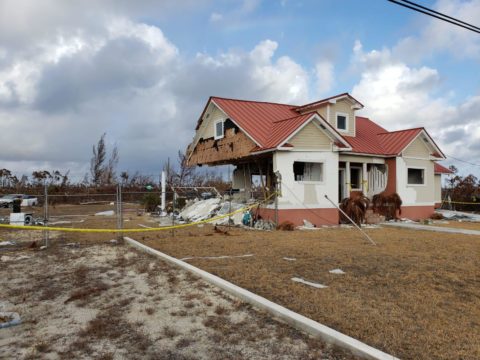 Findings were included in a daily update from the National Emergency Management Agency’s (NEMA) on storm recovery and reconstruction efforts.

A team, led by consultant psychologist Dr. Gregory Swann, was tasked with assessing all Government employees in Grand Bahama who were severely affected by the passing of Hurricane Dorian.

Those mental and emotional assessments were said to be about 90 percent complete, according to Swann.

The NEMA update read: “The next step, (Swann) said, is to begin carrying out individual counseling sessions with about 10 percent of those already evaluated.

“(Swann) said the concerns and challenges that have begun to arise include a high rise in depression, behavioral adjustments and Post Traumatic Stress Disorder (PTSD).

“He said it is necessary to return to individuals expressing these concerns to further evaluate them and offer emotional counseling,” the update added.