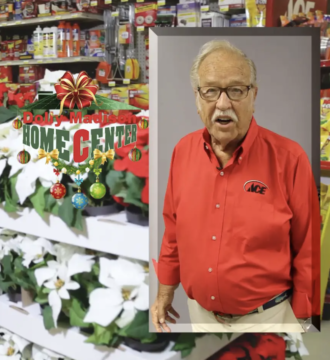 Roberts was the owner of  Dolly Madison in Freeport, Grand Bahama.

“The Grand Bahama Business Community has lost a great businessman, Mr. Don Roberts.  He will be greatly missed,” Laroda said.  “Mr. Roberts’ contributions over the years to the community of Grand Bahama has evolved into a legacy.  His signature cigar and famous “Come on Down” will long be remembered.”

Roberts became a member of the Grand Bahama Chamber of Commerce during its early inception until his demise.

In 2009, Robert’s was the recipient of The Grand Bahama Chamber of Commerce Business Person of the Year Award.