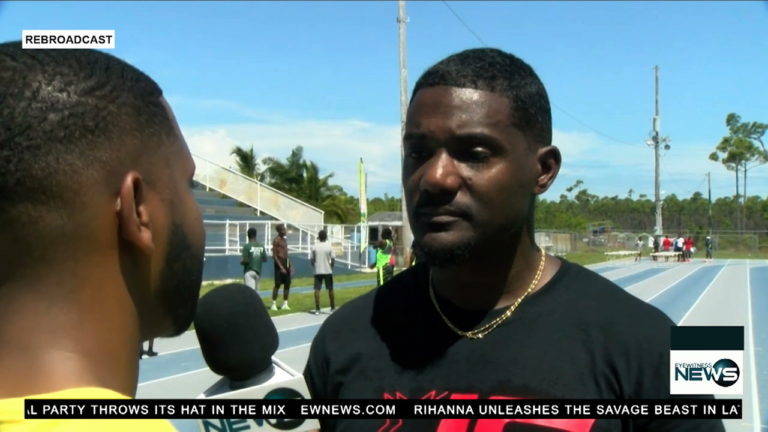 Justin Gatlin hosted the first edition of his “On Your Mark” track and field clinic over the weekend at the Grand Bahama Sports Complex.

The two-day event, which was sponsored by the Island Luck Cares Foundation, featured over 100 children from around the island and was centred on the fundamentals of the sport.

“There’s a lot of young talent here on the island,” Gatlin said about the clinic.

“Even down to some of the younger kids, I see a lot of potential that can be developed.

“I was happy “coach rod” and I were able to come down here and spend some quality time and show them some of the fundamentals that I carry with me to this day. If I’m extended the offer, I’d love to come back to Grand Bahama to continue to work with the youth here.”

“It was a pleasure that I was able to bring Justin here and let him work closely with some of our local kids,” Greene said.

“This gives them a huge confidence boost, and could actually be the thing that pushes someone that may not have been sure they wanted to really go all in. There is a lot of talent in The Bahamas and I want to provide as much exposure as I can to ensure kids that deserve opportunities get those chances at competing at the next level.

“Being from Grand Bahama and competing for the country on many levels, it’s also good to be able to work with our coaches, because they are the ones that have to direct these kids and provide them with knowledge.”