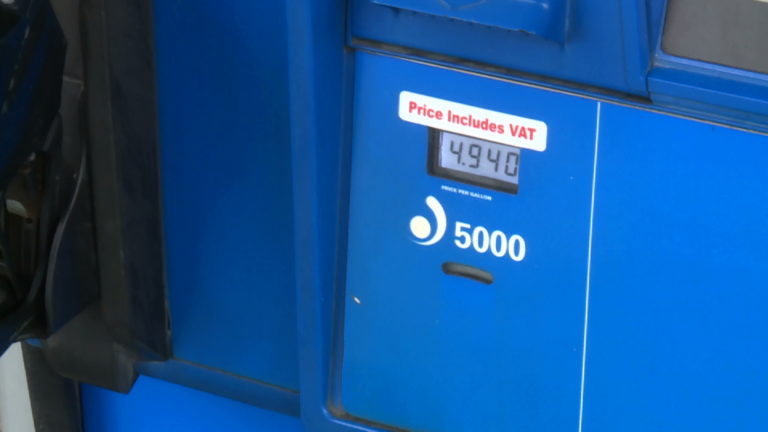 Many Bahamians are furious to learn that a recently gazetted price schedule will mean that they will soon have to begin shelling out more money at the gas pump.

The recent decision comes on the heels of the countywide increase of value-added tax (VAT) by 4.5 per cent.

“It’s a slap in the face!” a man who only wished to be identified as BJ said during an interview with Eyewitness News outside of a Shell Gas station. “We don’t stand for something now, we will end up having nothing.”

Ironically, the hike at the pump comes on the heels of  Prime Minister Dr. Hubert Minnis’ policy change, which allows cabinet ministers to receive free gas.

“They’re getting a payroll every month from us, and they want free gas too – that can’t happen,” a man who chose to remain anonymous said as he pumped gas at a Rubis service station.

Some station owners who spoke to Eyewitness News noted their frustrations over a lack of control of the constant change in gas prices.

One business owner described the practice as “risky business”.

Another service station owner claimed his business is “barely profitable”, as the lack of control over gas prices only leaves room for potential revenue from groceries.

Oil prices surged to $80 per barrel globally a few weeks ago.

Subsequently, residents and business owners, along with Bahamas Power and Light (BPL) customers, were warned that they would be unable to escape the high cost of energy.

That decision was suspended following an outbreak of violence by several hundred demonstrators, which left three people dead.