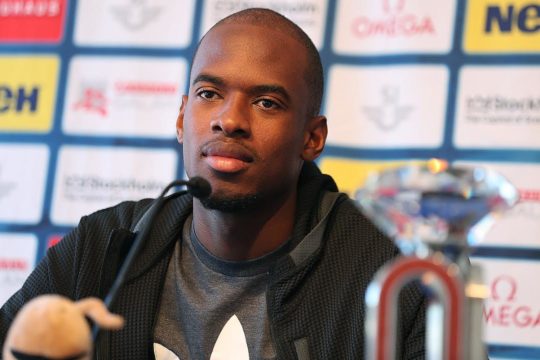 Steven Gardiner suffered his first loss in the 2017-2018 track and field season in the men’s 200 metres (m) on Sunday, as the International Association of Athletics Federations (IAAF) Diamond League made a stop in Stockholm, Sweden.

At the 50m mark, Gardiner appeared to suffer a hamstring injury that caused him to fall to the back of the pack and out of contention. He eventually crossed the line eighth overall in 23.35 seconds.

Ramil Guliyev, from Turkey, won the race in 19.92 seconds. Canadian Aaron Brown was second in 20.07 seconds and Luxolo Adams from the Republic of South Africa was third in 20.36 seconds.

As it stands, Gardiner sits in second in the IAAF Diamond League point standings in the men’s 400 with 16 points, and 15th in the 200 with one point.