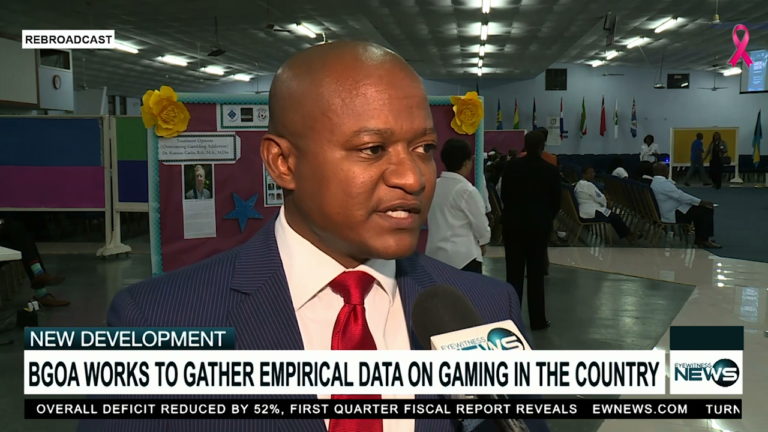 As there is little information available about persons who are addicted to gaming, The Bahamas Gaming Operators Association has partnered with government to study the gaming patterns of players, said Chief Executive Officer of the BGOA, Gershan Major.

“There has to be a prevalent study that shows the empirical data of those that may have fallen victim to abusing this form of entertainment, and the BGOA will take the lead in that study,” he said.

Major said the BGOA has heard opinions and thoughts from the public, but for the first time they would like to begin a partnership and start a national dialogue on the practice of responsible gaming.

“We wanted to reach out to the professionals to help lead this national dialogue. We are thankful to Sandilands and the other professional clinicians who have come on board,” Major said.

Despite the tension that may have existed between the Government and gaming operators following the introduction of a scaling tax for gaming operators, both sides have committed to working together to help those who may be at risk.

Back in 2014 the Christie-led administration declared that gaming houses should be regulated, but today, Major said they have managed to reduce their franchise locations by 67 per cent.

“Prior to regulation, there was about 650 odd locations. Today, there are about 253, so there has been a significant reduction in the actual location and franchise for gaming, and those that are opening are those that have been approved to open.”

Health Minister Dr. Duane Sands stressed that the collection of data is important to give the government an idea of how prevalent or not gaming addiction is in the country.

“We don’t know what the impact of problem gambling is at this point, so I applaud this initiative as we need to know. Problem gaming would be those persons who gamble despite the fact that it hurts them.”