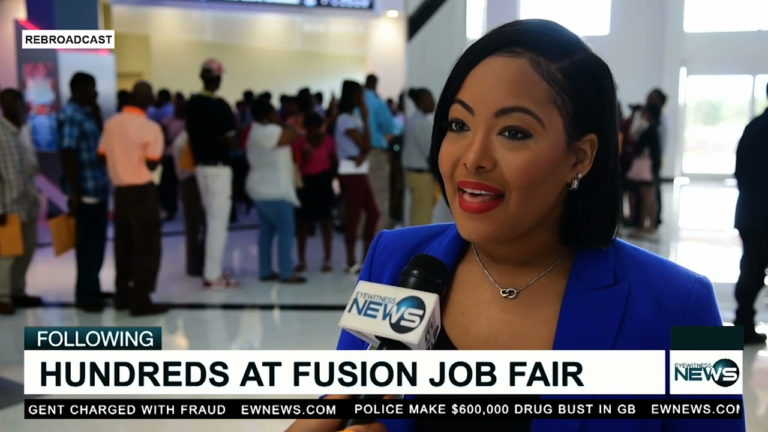 NASSAU, BAHAMAS – As unemployment increased marginally in 2018, according to recent figures released by the Department of Labour, the newly-opened Fusion Superplex held a job fair on Friday, which staff deemed to be very successful.

Chief Human Resources Officer at Fusion Superplex, Trevare Sherman, told Eyewitness News Online that the facility has a number of job vacancies as they are still in the soft opening stage. She noted, however, that it is her hope that this would change as the Superplex has plans to host a grand opening in the coming weeks.

Sherman said new staff is needed for the Superplex’s new restaurant as well as for events, adding that she was humbled to be a part of helping more Bahamians to obtain a source of income.

Sherman said that as the business expands into the summer months, they have a higher demand for talent and will continue to offer jobs.

“I’m happy that we partnered with the Department of Labor because this is a big problem in the country and we can’t do everything, but we will do our part to put a dent in it,” Gibson said.

The Department of Labor partnered with Fusion Superplex to assist with the hiring process and to make the day a little easier.

Christopher Farrington, a public employment services officer at the Department of Labour said that it’s the government’s mandate to find decent work for all Bahamians.

“Fusion has worked with us over the past year with our Labor on the Blocks initiative, which is proving to be a big success,” Farrington said.

According to Farrington, the unemployment numbers of discouraged workers has decreased, which means that more persons are coming out and seeking employment.

Social Media Coordinator Timothy Gibson acknowledged that the company is doing its part to reduce unemployment.

Those hired on Friday are expected to start work sometime this week.