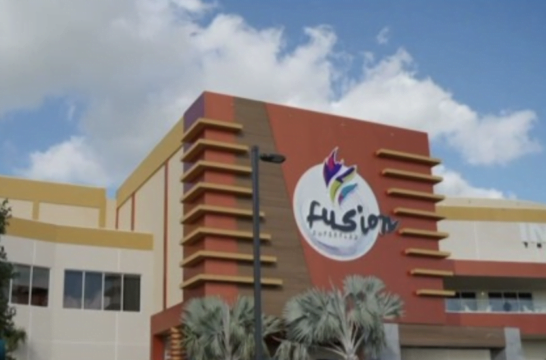 NASSAU, BAHAMAS — A 50-year-old man who is believed to be an employee of Fusion Superplex was arrested on Saturday after he got into an altercation the day before with a female employee in the parking of the IMAX theater complex on Gladstone Road and West Bay Street, authorities reported yesterday.

According to Deputy Commissioner of Police Paul Rolle, both the man and woman sustained “serious injuries”.

Police said officers, acting on information, went to a residence on Joe Farrington Road and arrested the man in connection with the incident.

Authorities noted that the man had “serious injuries to the body and was taken to hospital to be treated”.

In a statement Saturday, Fusion Chief Marketing Officer Nikolette Elden said its security team quickly responded to the “domestic dispute that occurred in the employee parking lot where a female was injured”.

“We can confirm that the individual injured is an employee of Fusion Superplex,” Elden said.

“The police have taken a person of interest into custody.

“We continue to pray for our colleague’s quick recovery.

“We thank you for your support and wish to reassure the public that we will always provide a safe and wholesome entertainment environment for the entire family.”

As of February, Fusion had received more than 140,000 customers.

The complex boasts an IMAX cinema, 4DX cinema, XS3 cinema, among other amenities including an arcade and kid zone, and several dining options.