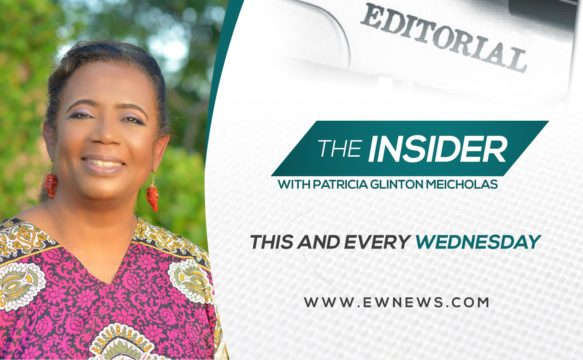 I was guest on a local radio show recently, when a woman, identifying herself as a former student of mine, called in. Commenting on the discussion in which the host and I were engaging, she used the term “frozen assets”. I called attention to it because it appealed to me and decided I would use those words in a future essay. Collins Dictionary defines frozen assets as business assets that are not convertible into cash, as by government direction or business conditions. Merriam Webster calls them an asset that cannot readily be turned into cash without heavy loss. The Cambridge Dictionary speaks of them as an asset that does not produce income.

“Frozen assets” is a fairly common phrase known and feared by countries, companies and people around the globe. Many have been the dictators who have emptied their country’s treasury and stashed indecent fortunes in no-tell banks against the day when they would have to flee from the revolt of a starving populace or from a military coup engineered by a faithless strong-arm general, who wants his turn at the fleshpots.

Leaders of nations are not alone in this large-scale larceny; add to the list drug kingpins, contractors in war-torn countries, CEOs of multinational corporations, and sundry other burglars. It is no secret that persons of this scurrilous ilk are well aware that (as Bahamians so sagely put it) “Time longer than rope.” So, the thieves usually have a jet on call to fly them, full of glee, out of sticky situations into luxurious digs in an accommodating country whose government is blinded to wrongdoing by the jingling of coins.

When Fidel Castro’s takeover was inevitable, crafty Fulgencio Batista, 9thand 12thpresident of Cuba was well-heeled enough to do a multinational flit—The Dominican Republic, Portugal, Spain, etc. As the devil so often takes care of his own, he was able to jet-set on proceeds of his crime for more than two decades, then die of a heart attack rather than by a well-deserved, state-initiated demise. Some are not as lucky as the Cuban dictator—the glee soon fades when liquid gold, bearer bonds and cash turn into “frozen assets” by a mad-as-hell new government, who win an international appeal against the proceeds of crime.

For the rank and file like me and certain of my readers, you learn of frozen assets when your bank suspects hanky-panky with your account and your rent check bounces so forcefully, observers on the Space Station report it as a UFO headed for Mars. Another common occurrence is the stuff of acrimonious divorces. Judges usual have the wisdom to freeze assets so one of warring spouses gets no chance to defraud the other, especially when reports suggest that one of them has taken as his/her new mate a nubile fitness instructor who is not averse to the highlife, which comes at someone else’s expense.

Having a metaphorical turn of mind, I have decided to cease playing and comment on my fellow Bahamians as frozen assets. Let me explain:

Bahamians are a remarkable people—intelligent, highly creative in the arts and other fields, exceedingly able in sports, not given to large-scale mayhem and gifted with a resilience, which enables us to bounce back from trauma and disaster faster than a tennis ball ricocheting off a hard court. There is much evidence to that. We have survived a period of slavery. We endured colonialism and inequality of opportunity under a race-based, centuries-old oligarchy. We brought majority rule into being without washing our streets with blood. We move on philosophically from the destruction of hurricanes.

Adding to this fund of human assets, we live in a country blessed with some of nature’s finest environmental assets—an equitable climate, a seascape that has inspired music and art and a hundred thousand square miles of ocean filled with incredible bounty and secrets of which the half has not yet been told. Then, the land is blessed with rare birdlife.

Yet, newspapers recently reported the Minister of Education as saying that The Bahamas’ international credit rating was “a hair’s breadth away from another downgrade. Add this to the fact that the economy suffered four such slaps under the last administration.

Why, with so many advantages, is the nation flirting with financial disaster and those other hazards that follow on the heels of insolvency—decline in the quality of vital services, increasing poverty and an overall decline in the quality of life? The answer is simple—frozen assets, the temperature lowering factors derived from many sources—international, national and internal.

First of all, the developed world—mostly the old imperialists—cannot abandon their taste for control and depressing the pretensions of upstart peoples, who refuse to keep to their divinely ordained low stations. Consequently, they impose a variety of cunning treaties, corollaries and tariffs, supposedly for our salvation, but nearly always weighted in their favour.

Acting very much like the imperialists of old are the multinational investors, whose wealth and power give them all the clout of independent states, forcing developing countries into ruinous deals—land giveaways, environmentally destructive developments, and loans, which are excavators that dig a hole for the borrower nation’s grave.

Then, too, assets are frozen by a twisted political system that causes party leaders to put together a mixed bag of candidates, mostly men, some clever, some witless, some full of integrity, some barely camouflaged scoundrels, to win elections. All are given varying degrees of power that makes them think they are above the law. The result—bad decisions, misuse of public assets, usually to gain the favour of the aforementioned multinational carpetbaggers, cronies, friends and sweethearts.

Frozen assets—the people. People who think that a position in the Bermuda triangle puts the natural and spiritual laws in reverse in The Bahamas, allowing them to make bad decisions with impunity—large mortgages for large houses, for which the size of the monthly repayments are greater than the borrowers monthly income.

Frozen assets—people whose family growth outruns their ability to earn.

Frozen assets—people who gain nothing from the education system, because they believe that they are so naturally smart, school is a spiteful imposition by jealous, dried up has-beens, who envy them their fashionable, sexy youth, holding them back from the golden, work-free life that is ordained to be their just reward.

It’s time for a thaw. Anyone who has endured frostbite will know that the process is a painful one, but necessary for survival. The warming can only work with a radical change in mind set, requiring the development of respect for education, the practice of integrity and family-planning, and self-governance as imperatives.

There is good news—I hear water dripping from some quarters of the town. May it soon be a large run off.