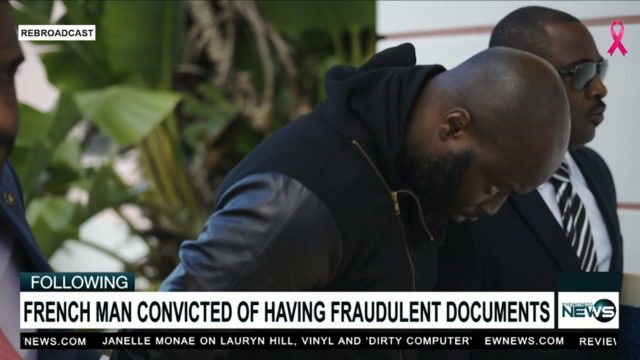 A 36-year-old French man was fined $3,000 or two-and-a-half years in the Bahamas Department of Corrections (BDOC) after he was caught at the Lynden Pindling International Airport (LPIA) with fraudulent documents.

According to reports, Doumbia, who currently resides in Philadelphia, was at the pre-clearance section of LPIA when he was searched by Royal Bahamas Police Force officers. Officers found the forged documents and he was taken into custody.

Doumbia pleaded guilty to charges and begged the Deputy Chief Magistrate for leniency. He told the court he never used the ID’s and forgot they were in his possession. He also said he was sorry for wasting the courts time and just wanted to go back home to his wife.

Deputy Chief Magistrate Swain fined him $1,000 or nine months in prison for each count. He will also be deported once the fine is paid or he is released.