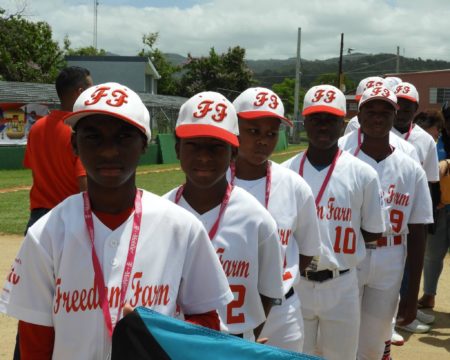 The Freedom Farm Under-12 boys baseball team picked up another win yesterday in Puerto Rico, in the 2018 Caribbean Little League World Series.

The team pushed its record to 3-0 overall, after knocking off the United States (U.S.) Virgin Islands 13-2 in the marquee match of the game. The Bahamas joins Puerto Rico as the only unbeaten teams remaining.

Over the weekend, The Bahamas also picked up wins over Sabana Grande (7-3) and the Dominican Republic (10-2).