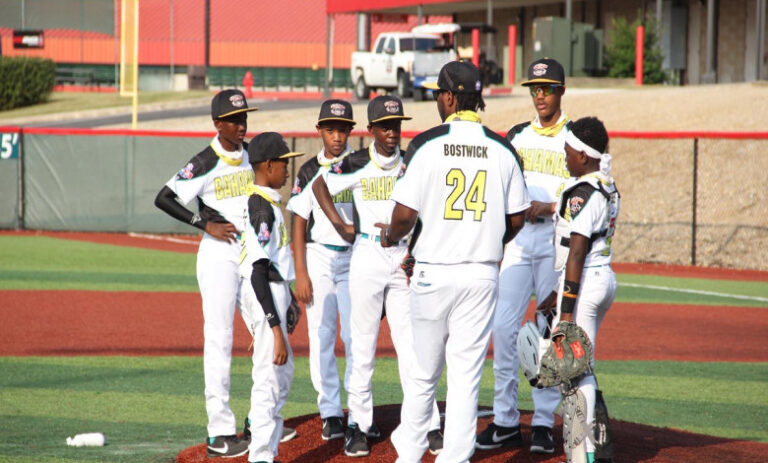 The Bahamas was one of 25 teams competing in the event hosted at the Ballparks of America in Branson, Missouri.

The team was managed by Marlon Bostwick Sr., and he was assisted by Greg Burrows Sr., Dr. Stephen Rolle and Renaldo Dorsett.

The Bahamas was also represented outside the lines of play as Greg Burrows Sr. was named as a member of the World Series Task Force and Martin ‘Pork’ Burrows served as an umpire throughout the event.

Major/70 is a level of baseball beyond Little League, but before professional baseball, that allows players to play on 70-foot basepaths with a 50-foot pitching distance. It allows runners to take leads and steal for the first time, playing mainly by official baseball rules.