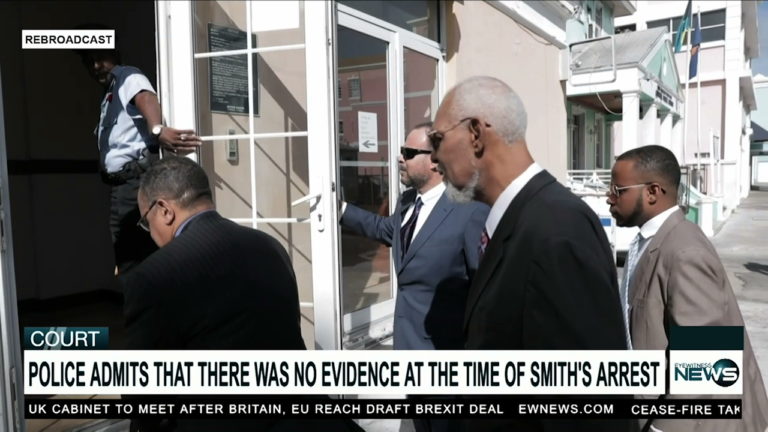 There was no evidence to support Barbara Hanna’s claims that she was being extorted by former Public Hospital Authority Chairman Frank Smith when he was arrested and charged, investigating officer Uel Johnson admitted in court on Wednesday.

During his cross examination by Smith’s lead lawyer Keith Knight,QC,  Superintendent Johnson said when Smith was charged the investigation had just began and nothing he obtained at that time proved that Smith had extorted Hanna.

When asked by Knight why he moved ahead without supporting evidence, Johnson said, “It is not my job to determine who is guilty or innocent”. He also added that an investigation is never done, even when a trial is going on.

He also admitted that he prepared two reports: one in July of 2017 and another after meeting with the prosecution in February 2018.

Johnson’s testimony came after the court was shown Smith’s interview on the day he was arrested. In the hour-and-a-half interrogation Smith denied demanding $5,000 a month from Hanna in exchange for granting her a contract at the Princess Margaret Hospital.

He also denied that he directed Hanna to borrow $17,000 from the Money Lending Institute, which he owns, if she could not afford to run her business and pay him the $5,000.

When asked if he was instructed by then Deputy Prime Minister Phillip Davis to grant Hanna the contract, Smith declined to answer based on the advice of his counsel – Damien Gomez,QC, who was present at the time of the interview.

He also declined to read over and sign the statement he gave to police.

While the interview was being played, Knight interrupted to question its importance as the defense had no issue and a full transcript was provided to the court.

Lead attorney for the Crown, Edward Jenkins, QC, said Smith’s demeanor during the interview was consistent with culpability or guilt.

Smith is accused of demanding  and receiving monthly payments of $5,000 from Magic Touch Cleaning Company owner Barbara Hanna from April 1, 2016 to April 2017, after he helped her land a $516,000 annual contract to clean the Critical Care Block of the Princess Margaret Hospital.

The case resumes today at 10a.m. Supt. Johnson is expected to retake the stand. The case is being heard before Chief Justice Joyann Ferguson- Pratt.