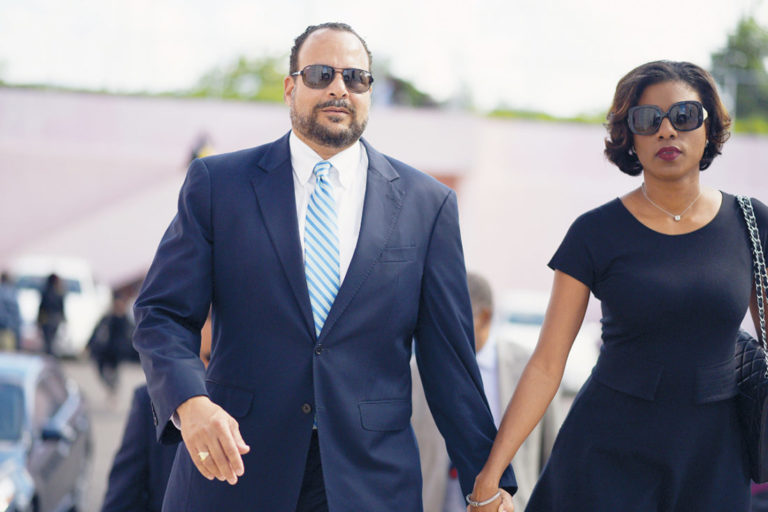 Chief Magistrate, Joyann Ferguson-Pratt, expected to move forward with today’s proceedings, which allege that Smith attempted to bribe and extort money from a privately contracted cleaning company, while he served as Chairman of PHA.

However, when Prosecutor Anthony Delaney took the floor in Court Number 9, his first order of business was to introduce a new face that will head the Prosecution’s case – London based Queen’s Counsel, Edward Jenkins.

QC Jenkins wasted no time taking on this new role and told the Court, that once he arrived in New Providence; his immediate review of the case files led him to question and launch investigations into a number of things – bank records being at the top of this list.

The prosecution said it wished to provide the defense with the opportunity to review its findings before proceeding with the trial. Visibly agitated, the defense, represented by Attorney Keith Knight argued that the Prosecution had more than sufficient time to present its new-found evidence to the defense before Court resumed.

The most recent lull in proceedings was caused by the Prosecution’s key witness, Barbara Hanna. She was due to testify in the Court’s last sitting in December of 2017 but she presented a doctor’s note which indicated she would be unfit to testify for six weeks.

Today would have been the first sitting for this case since then. Magistrate Ferguson-Pratt granted the prosecution’s request to meet in private chamber with the defense team.

The matter was subsequently adjourned to Wednesday, giving the defense time to review the new evidence presented.