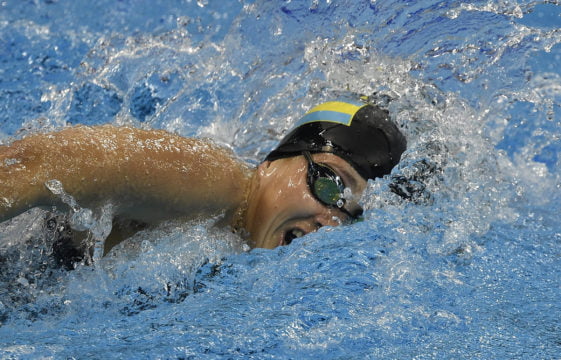 The Bahamas Aquatic Federation named the team that will represent the country at the upcoming FINA Aquatic Championships in South Korea this month.

Joanna Evans, Izaak Bastian, Jared Fitzgerald and Margaret Albury-Higgs will compete in Gwanju at the global championships that begin on July 21.

The team’s coach is Roric Fink, who currently serves as assistant coach of the women’s swimming and diving program at the University of Texas.

Joanna Evans will lead the team, competing in a total of five individual races.

“I swam world champs four years ago, but I haven’t been to such a big meet in a few years, so I am excited to get to race some of the best in the world,” Evans said. “Preparation has gone well and now it’s time for last-minute tune-ups before we travel, and before the meet starts. My goal is to do some personal best swims, and to be able to learn something going into an Olympic year.”

Bastian will be swimming in the 50-meters (m) and 100m breaststroke races, Fitzgerald will be in the pool in the 50 and 100 freestyles and Albury-Higgs will be in the 100 and 200 breast races.

Several Bahamians will also be competing in the Pan American Games, which is set for July 26 to August 11. That roster will be announced in the coming days.