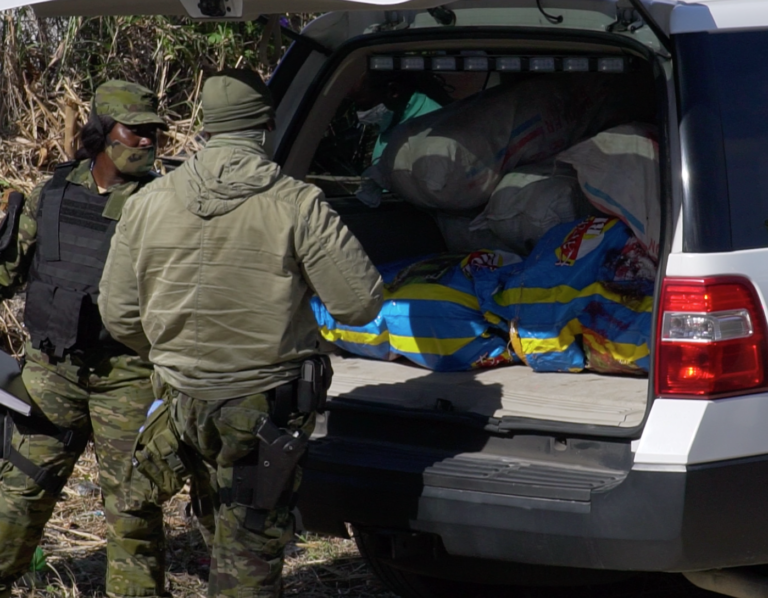 A large quantity of suspected marijuana is seized by police at a home on Fire Trail Road East, Wednesday, March 10, 2021.

NASSAU, BAHAMAS — Four men were arraigned in the Magistrate’s Court today on drug trafficking charges for 336 pounds of marijuana.

The prosecution alleged that on March 10, the men were found in possession of some 336 pounds of marijuana, valued at $336,000.

Additionally, between March 6 and March 10, the group conspired to import drugs into the country.

They all pleaded not guilty to the charges.

Brown, Glinton and Lewis were granted $7,000 bail, with one surety, and will have to report to the Carmichael Road police station every Monday, Wednesday and Friday.

They will return to court on July 14.

However, the prosecution objected to bail for Russell, given that he is a Jamaican and is considered a “flight risk”.

Russell told the court that he came into the country last week for vacation and was given two weeks’ stay by the Immigration Department.

He was remanded to the Bahamas Department of Correctional Services and will return to court on Monday for a bail inquiry.