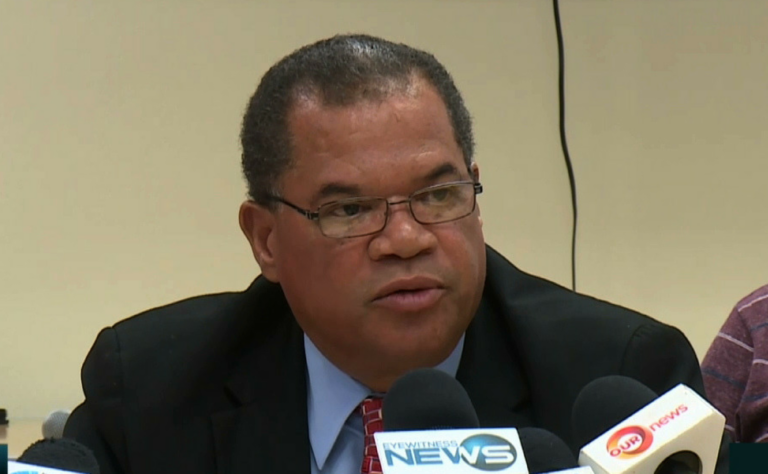 NCTU: Police will be enforcing no vehicle zones

NASSAU, BAHAMAS – As last year’s Labour Day parade was marred by tragedy, Minister of Labour Dion Foulkes expressed on Sunday that the safety of participants at this year’s parade, scheduled for Friday, June 7, is the government’s chief priority.

“To this end, the government and our ministry are working in conjunction with members and the leadership of the labour movement and the relevant law authorities. We will take the necessary precautions to prevent any similar reoccurrence,” said Foulkes.

The labour minister was addressing a pre-Labour Day service at Zion Baptist Church on East and Shirley Streets, which officially kicked-off labour week and a number of Labour Day activities scheduled for this week.

A memorial plaque was unveiled outside the eastern wall of the church as well as a cross bearing the names of the four women, which was placed in a small garden near the eastern end of the church’s entrance.

The four female unionists were killed when an unoccupied truck rolled down East Street at last year’s Labour Day parade, hitting marchers as it picked up speed, finally crashing near East and Shirley Street, just feet away from the Zion Baptist Church.

Yesterday, Minister Foulkes told the congregation – many of whom were unionists – that these women will never be forgotten and will always be treasured in the hearts of all labour unions.

“To the family members of our fallen sisters, we encourage you to stay strong in faith, trusting and holding on to God’s abiding love, knowing that one faithful day you will see them again,” Foulkes said.

The Labour Minister noted that despite last year’s tragedy, Labour Day will continue to be a time of celebration for Bahamians who will march through the streets to celebrate the country’s nation builders and the father of labour, the late Sir Randol Fawkes.

“I wish on behalf of the prime minister and the government of The Bahamas to thank all leaders of the labour movement and workers from the length and breadth of the Bahamas for helping to make this country into the great nation that it is today,” Foulkes said. “I wish to thank you all for your continued resolve to propel this nation forward. I wish you all a happy labour week and may God continue to bless the Commonwealth of The Bahamas.

Meanwhile, Union leaders revealed last month that there will be no vehicles allowed on this year’s Labour Day parade, which is slated for this Friday, June 7th.

A statement issued last Friday from the National Congress of Trade Unions said police will be enforcing a no vehicle zone, which means that there will be no vehicles between persons marching.