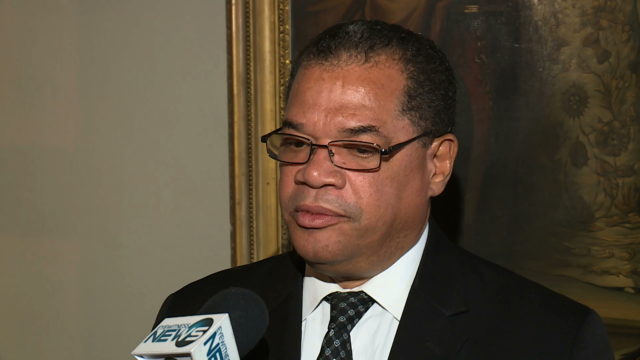 NASSAU, BAHAMAS – Having led a sick-out for two consecutive days last week, Minister of Labour, Dion Foulkes, on Tuesday expressed hope that all union issues at the National Insurance Board (NIB) are settled soon as they seem to be reconcilable.

“From what I understand, and from speaking to [Public Service] Minister Brensil Rolle, it does not seem as if there are any issues that are irreconcilable, so we are very optimistic that the process of negotiations can be concluded quickly,” Foulkes told reporters before heading to Tuesday’s Cabinet meeting.

Several  NIB outlets in New Providence and the Family Islands closed last week as hundreds of employees called in sick.

Earlier this week, Union of Public Officers (UPO) President, Marvin Duncombe, confirmed that management at NIB had agreed to meet with union heads, to continue negotiations on a new industrial agreement that has been stalled now for several weeks.

Labour Director John Pinder told Eyewitness News that he has addressed both sides – the union president and his team as well as the Director and Chairman of the NIB Board as it relates to the existing impasse.

Providing further update on Tuesday, Foulkes said Pastor Randford Patterson sat in on a meeting yesterday with the concerned parties at the NIB and it was his hope that matters are resolved.

“We have been very concerned about NIB as it is a vital service to the beneficiaries of the fund and we want to ensure that that is uninterrupted,” Foulkes said.