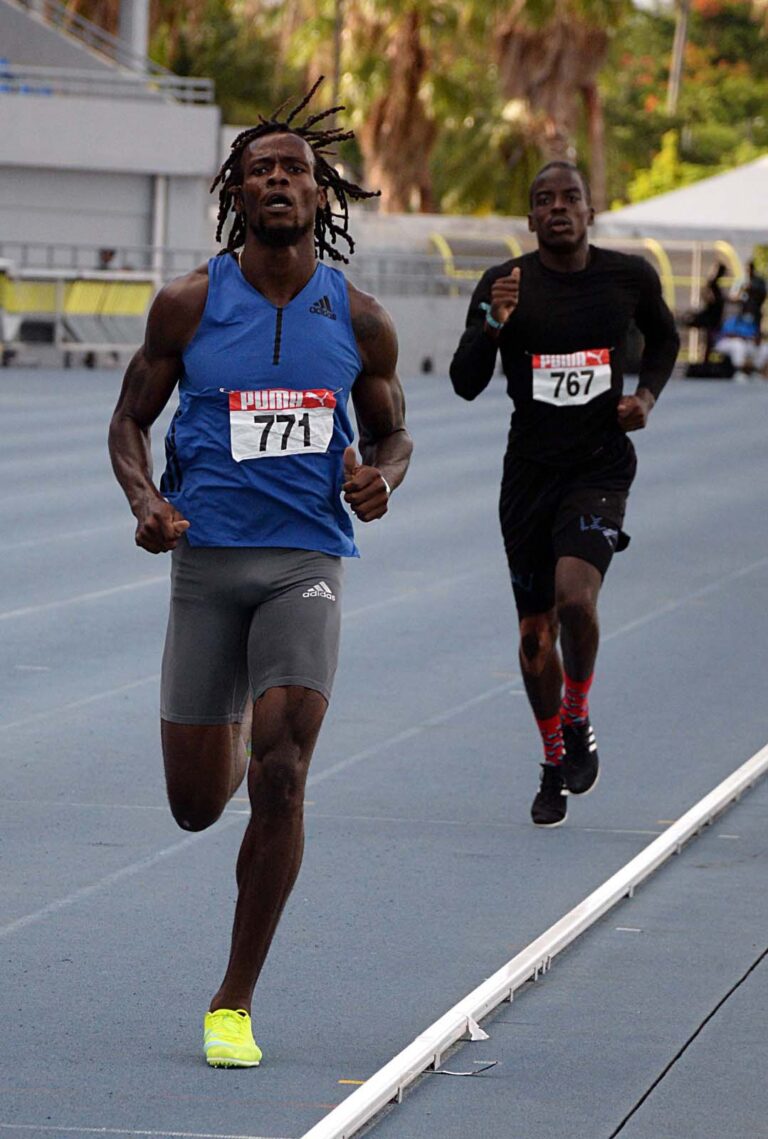 University of The Bahamas (UB) multi-event specialist Kendrick Thompson (771) and Ken Mullings (767) compete in the 1500m segment of the Open Men’s Decathlon at the BAAA National Championships at the Thomas A Robinson Stadium in June 2021. (UB ATHLETICS)

Mullings accumulated 7,734 points to win the two-day, 10-discipline event. The previous record held by Thompson was 7,644 points and was set at the BAAA Easter Classic at the same stadium.

Mullings had strong performances in the discus, pole vault and javelin to propel him to the new national record and the national championship.

UB Head Coach Ednal Rolle said: “Paige has been working hard through the season and I’m proud of her performance.”

Stuart’s closest competitor was more than half a second behind her at 12.69 seconds.

Romica Josey turned in a strong showing at the National Championship as well. She took fourth place in 26.22 seconds in the open women’s 200m event.