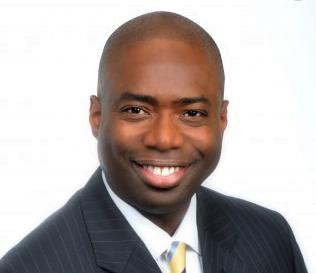 NASSAU, BAHAMAS — Former House Speaker Dr Kendal Major yesterday insisted that the time has come for Parliament to become independent and the position of speaker made autonomous.

Major was responding to comments made by House Speaker Halson Moultrie last week.

Moultrie called the tabling of the Court Services Act a “complete insult”  to the Parliament, given that no effort has been made to make the legislative branch of government independent.

In an interview with Eyewitness News, Major said: “They are legitimate concerns.”

“No doubt it is time that The Bahamas move in that direction. We are very much behind in that respect.

“…To deepen our democracy our Parliament needs to rise in stature. People of our country need to be able to look to the Parliament to represent their needs, more so than looking to specifically an MP or a government led by a prime minister and the ministers.

“If the Parliament represents the people’s needs, then all of the issues that the people request will be realized in Parliament.”

The Parliamentary Services Act was drafted in 2018 and remains unaddressed.

On Wednesday, Moultrie gave the government an ultimatum to address long-standing concerns over conditions at his office building.

He told Parliament that there is no running water in the speaker’s office, no bathroom facility, mold, and a leaking roof – adding that the office was deemed a security risk by police.

He advised that he will turn in the keys for the speaker’s office because he will not utilize the office in that condition after October 31.

Moultrie noted that if it is the desire of the majority, the Parliament can be prorogued and a vote of no confidence can be brought to remove him from the chair.

He however advised he has no intention of resigning and will “fight for the right of the legislative branch’s independence and autonomy”.

In February 2018, the opposition moved a resolution for a vote of ‘no confidence’ on Moultrie but it failed.

Yesterday, Major noted that each speaker brings their own level and degree of character, level of stature, and identity to the office.

“The office represents people. So the specific tactic or strategy the speaker used is a decision that he and only he can make.”

“The speaker has really put the government in a very unique and unprecedented position. So in essence they are stuck with him and something ought to certainly be worked out. The speaker now has now shown his hand, the government now will obviously respond. ”

He maintained however that Moultrie’s stance with respect to the sovereignty of Parliament is a legitimate one.

“I think the time is late, but the time certainly has come for the democracy of Parliament to deepen, the autonomy of the speaker has to be changed.”