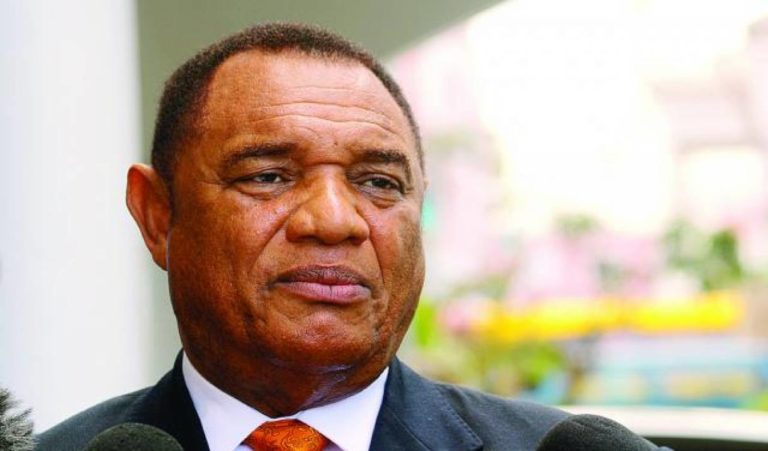 Just moments after the passing of former Bain and Grants Town MP and Chairman Emeritus of the Progressive Liberal Party, Bradley Roberts, former Prime Minister Perry Christie said his initial reaction upon hearing the news was one of “absolute shock”.

Roberts, 74, died yesterday afternoon at his home off Skyline Drive. His body was discovered by his wife slumped in the shower. An autopsy will be carried out to determine the exact cause of Roberts’ demise.

Roberts served as a sitting Member of Parliament from 1982 to 2007.

Christie said Roberts was an excellent member of parliament with a defining personality and a resolute commitment to integrity.

“When we won in 2002, I determined that he would be the Minister of Works because it was a very significant ministry and most governments depend on it to get its programs through, and he was that kind of person with the experience,” Christie recalled.

“From a party politics point of view, he was clearly one of the PLP’s great defenders and one of our great promoters. I think the mantra ‘Big Bad Brad’ came about because of his fearless advocacy.”

“That made him a real politician of the era, and so when one looks at people who have impacted the course of politics and political development in our country, his name must be called.”

The former Prime Minister said Roberts’ death shows how unpredictable life is, and he referred to him as the quintessential family man who was an example for his children and grandchildren.

“Whatever people thought of him, and no matter how radical they thought he was, they had to report to him a strong degree of respect…there was an evangelical zeal that he brought to his beliefs and that made him a special person.”

Christie said the country has lost a “giant of a man” who did much to give politics meaning. Roberts, he said, will be long remembered for how he served the people of Bain and Grant’s Town with great connectivity and humility.

“I worked with him at Bahamas Blenders Group of Companies from 1977 to 1983, and he has always been the same person. He will never change on you,” Miller recalled.

“He was always concerned about your family and your health, but his greatest concern was for the people of The Bahamas, and his greatest contribution was to serve the people of his constituency and, in a greater sense, serve the Bahamian people. He was a nationalist of the highest order and he meant well for all of us – especially people of color – to rise to the top.”

Former PLP Minister of Youth, Sports and Culture Neville Wisdom also visited the Roberts residence yesterday to offer his condolences. He told Eyewitness News that Roberts was a family member and his demise has led him to reflect on how much time remains for him.

“As you get older, you begin to notice that another one has passed and you reflect on your own mortality,” Wisdom said. “ In Bradley’s case, he represented us well. I think he did an excellent job.

“He was an historian and one would find thousands of funeral booklets and information relative to history. He was also wise enough to record his life journey in a book and I would suggest to the young people to get a copy of that book and read about Bradley Roberts,” Wisdom said.