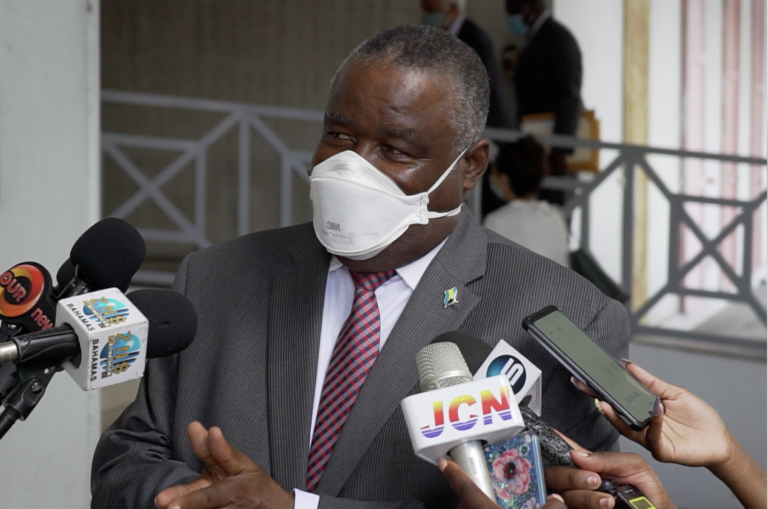 Speaking to reporters outside Cabinet on the matter, Rolle revealed that Virgill-Rolle’s contract requires three months’ notice of departure.

He indicated that while NIB has some internal leadership, the matter has quickly developed.

Rolle said he could not indicate at the time whether Virgill-Rolle will be on for the contractual three months.

“I spoke with her yesterday. We will negotiate exactly what we are going to do, but that’s the condition in the contract.”

Virgill-Rolle resigned from her position on Monday to become the next executive director of Lyford Cay Foundations (LCF).

Rolle noted that the move came as a surprise to the agency because the technocrat was doing “such a wonderful job”.

“We just got the resignation this week and so the process of beginning to look for a replacement will begin in earnest,” he said.

The NIB minister thanked Virgill-Rolle for her service to the country and for providing the necessary leadership at NIB, and wished her well in her new venture.

“She provided the leadership. She made the connection between what NIB is doing financially and how we should go through this process during the pandemic.”

Rolle said Virgill-Rolle advised the LCF job offer was a better and firmer opportunity for her than being on a contract at NIB.

“She thought it was in her best interest to move on,” he said.

NIB Board Chairman Troy Smith also extended the board’s gratitude to Rolle for her contribution to NIB during her tenure.

Smith sought to assure stakeholders that the structure and mechanisms within the board are well established to ensure continued operations.

Since being appointed in July 2018, Rolle has led the management team and the organization through two significant periods, including the impact of Hurricane Dorian in September 2019 and more recently, the COVID-19 pandemic.

An announcement on the appointment of a new director is expected to be made “at a later date” by the Ministry of the Public Service and National Insurance.