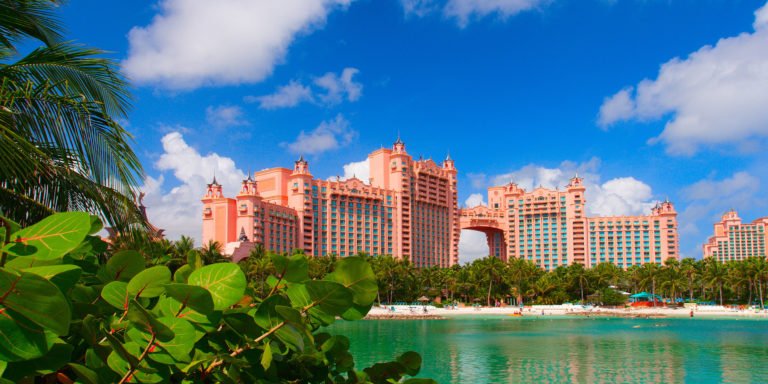 NASSAU, BAHAMAS — A former contender for the hotel union presidency yesterday reiterated calls for redundancies at Atlantis as he questioned, “How long are we going to remain furloughed?”

Dave Beckford told Eyewitness News that recent statements by the resort’s top executive brought little comfort to workers who have been furloughed for several months.

He noted many employees have grown anxious and simply wish to sever their ties with the property and move on.

Atlantis’ president and managing director Audrey Oswell said in a letter to employees last week that the resort still does not have a firm reopening date.

Oswell said the resort had secured additional funds to help ensure the long-term financial stability of the company, adding the funds will allow the resort to provide partial vacation payments to furloughed employees.

The resort has been closed for six months.

Oswell also acknowledged calls for redundancies and said the resort has thoroughly reviewed and considered a scenario where certain roles are eliminated as we wait out the reopening of the resort.

Oswell said: “As we press forward with current and future challenges, including reopening the property and building back guest bookings in the midst of COVID-19, we have no certainty as to what business levels will be when we do reopen. Therefore it would be premature to separate you permanently from the company at this time.”

For his part, Beckford said Atlantis is not above the law.

“Redundancy is nothing new,” he said.

“Hotel workers have been made redundant for years. Many workers have expressed the desire to be made redundant, sever ties with the company and move on. Many of them don’t agree with what the government did. I can’ see how they can sit down with the hotels and make these decisions that are impacting us. At the end of the day, the banks are looking for their money and the landlords are looking for their money.”

Beckford said: “The question is how long are we going to remain furloughed? We are not saying that everyone is made redundant but Atlantis can’t be any different from other properties like Baha Mar that have made persons redundant. I don’t believe they can’t afford it. All we are saying is that redundancy is in our industrial agreement, it’s in the Employment Act, it’s a right.

“At the end of the day, they still choose who they want to make redundant and how many persons. With all due respect to Ms. Oswell and the company, redundancy is nothing new.

“It appears to me that Atlantis is getting a pass,” Beckford added.

This is the PM fault not Atlantis or Bahamar, he literally destroyed Bahamasair, they had plans to open July but just to come to a dead end when PM changed his mind in less then 3 weeks, then now he wants to lockdown Nassau again, how can a hotel operate when the country have all this restrictions in place? Until the PM have a valid plan in place, none of this places will open and I don’t blame them for the furlough, I can oversee the place laying off people and this is all the government’s fault for not having good plans in place, your number one visitors are Americans and not only the economy is going downhill there but also no one is going to want to spend their already counted money to vacation in place or to be on lockdown, which PM made it clear is coming soon again to Nassau.