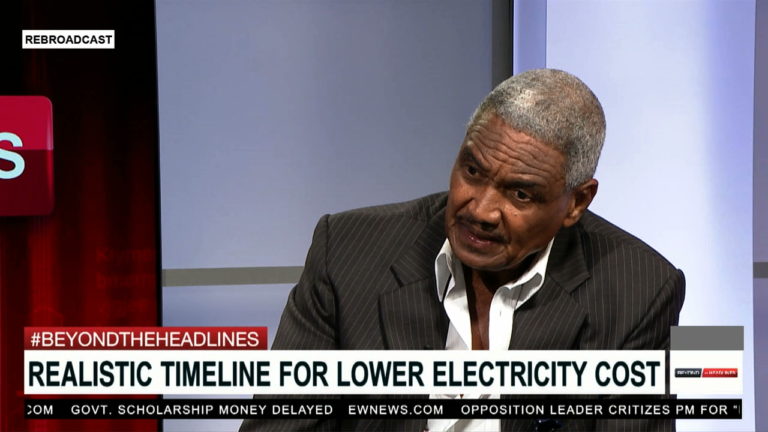 As Friday quickly approaches and the country eagerly awaits the announcement of Bahamas Power and Light’s (BPL) new executive board, former Bahamas Electricity Corporation (BEC) Chairman Leslie Miller said Wednesday letting go of the old board was the right move.

“I think the minister made the right decision in trying to put a new board in place. I hope this time though, competent people are selected for the board and the mix of Bahamians who have the set skills to make the contribution,” the former Tall Pines Member of Parliament (MP) said while appearing as a guest on Beyond the Headlines (BTH) with host Clint Watson.

His sentiments follow a statement by Minister of Public Works Desmond Bannister, who broke his silence after weeks of turmoil at BPL and said – via a statement – that the relationships among board members had deteriorated.

The board was reportedly fighting over what has been described as pettiness and couldn’t agree on matters.

He also highlighted that knowing what a power plant is all about, inclusive of obtaining the knowledge about how the metric system works in a power plant, and how to effectively operate and manage a power plant the size and magnitude of a power plant such as BPL, is a critical trait of board members.

As BPL quickly adjusts with an incoming board, Watson posed the question, “How does this move now affects what should’ve been a comprehensive plan to move this company forward?”

“They [BPL] sort of missed the boat with not having Clifton ready for the summer,” Miller responded.

Miller also pointed out that in addition to the massive Baha Mar hotel, new properties in Albany and Old Fort Bay had also been added to the undeniable strain on the power plant, with an increased amount of load shedding, with “no spinning reserve”.

The 200 million megawatt plant that was in the works and which 80 per cent of financing had been secured during the Progressive Liberal Party’s (PLP) first term in office, has been ignored since the Free National Movement (FNM) administration was voted in office, Miller insisted.

Miller also claimed the FNM brought in ‘their’ friends from Freeport, Grand Bahama, while spending an astronomical amount of money just to, “wipe out the top management of BEC”.

The former chairman cemented the fact that no matter what government is in power, a new power plant is needed now, while the existing plant must have consistent and timely maintenance.