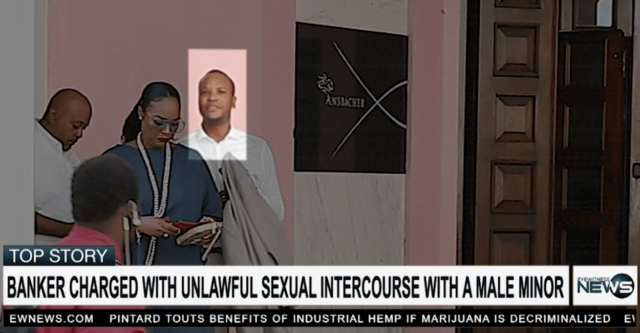 NASSAU, BAHAMAS – Former banker, Paul Lewis was back in the Supreme Court on Wednesday on unlawful sexual intercourse charges.

The 37-year-old resident of Yamacraw Shores is currently out on bail and appeared before Justice Cheryl Grant-Thompson for a trial date.

Prosecutors alleged that Lewis, on Saturday, February 23rd, had unlawful sexual intercourse with a 14-year-old boy.

Lewis, a director at a private wealth management company, was allegedly caught by police officers in a compromising situation on a beach with a teen boy.

He pleaded not guilty to the charge.

Due to the nature of the charge, Justice Grant-Thompson said she wanted the matter to be heard as soon as possible, however due to scheduling conflicts the trial is will not begin until April 6th, 2020.

However, Lewis will return to court on March 18th for a pre-trial review.