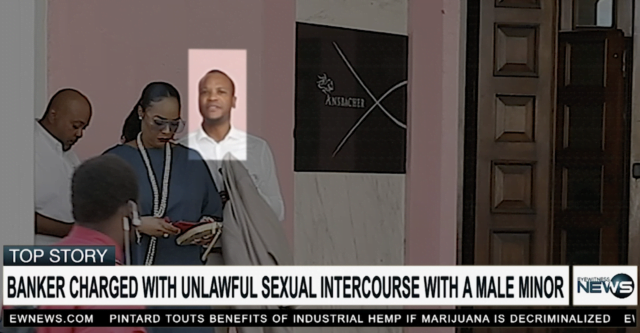 Lewis, in the white shirt, appeared in the Supreme Court on Bank Lane before Justice Bernard Turner.

Prosecutors alleged that Lewis, on Saturday, February 23, had unlawful sexual intercourse with a 14-year-old boy.

Lewis, a director at a private wealth management company, was allegedly caught by police officers in a compromising situation on a beach with a teen boy.

Lewis pleaded not guilty to the charge.

He is currently on bail and will return to court on May 21st for trial before justice Cheryl Grant-Thompson.