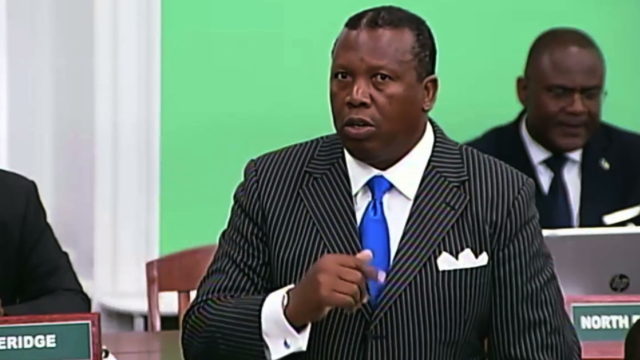 Member of Parliament for Central and North Andros, Picewell Forbes.

NASSAU, BAHAMAS – Picewell Forbes, the Opposition’s spokesperson on Sports and Culture, on Monday lambasted the government, referring to them as “hypocrites” for leading a huge delegation to Japan to watch the 2019 IAAF Relays.

“This government of hypocrites, who unceremoniously cancelled the IAAF track and field relays because they claim it was too expensive, led a huge delegation on a jaunt to Japan to watch the same relays they cancelled in 2017,” said Forbes in a statement issued on Monday.

Forbes said in the absence of a clear and cogent development plan for sports and cultural development, for the benefit of youth and young athletes, the government’s actions come across as ‘selfish, hypocritical and exploitative of the country’s athletes and a waste of scarce public financial resources, especially the VAT money.’

“What is the purpose of this trip, other than a free jaunt at tax payers’ expense,” Forbes asked. “To show government support for the same Bahamian athletes the Minnis administration disrespected and turned their backs on? That is hypocrisy in its worst form.”

The South Andros MP suggested that instead of exploiting athletes and wasting tax payers’ money, the government should articulate a comprehensive plan for the development of sports and culture for youth and athletes, where Bahamians can own and operate this new industry as a significant pillar of the Bahamian economy.

Forbes said a good start would be for the government to complete the sporting facility and sports academy on Moore’s Island, in addition to refurbishing all existing sporting facilities throughout the family islands – all started by the PLP government. This, he said, would demonstrate some semblance of a commitment to Bahamian athletes and their athletic development.

Forbes  noted that in stark contrast to the FNM, the PLP remains committed to transforming sports and culture into a significant pillar of the national economy, owned and operated by Bahamians.

“That is our pledge to our young athletes. We started the process with the national stadium and continued the vision in 2012 with ‘Sports in Paradise’. We are committed to finishing what we started and we therefore invite all of our athletes to support this bold and visionary initiative as it is in their best interest,” Forbes concluded.